On camera: UP bride has a narrow escape as car ploughs into revellers 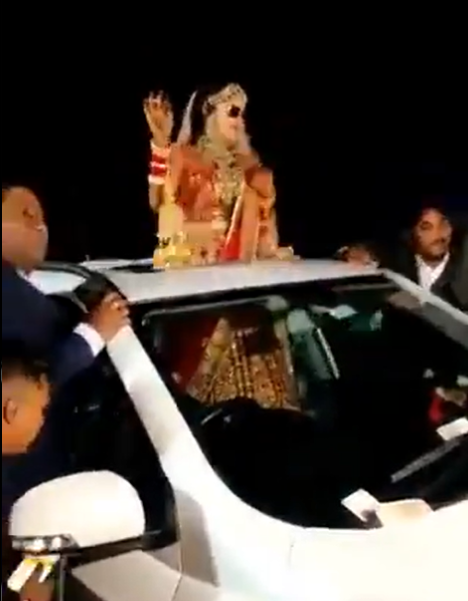 It was a celebration that went horribly wrong.

A bride on her way to the wedding venue was dancing through the sunroof, while other family members were dancing around the car when another speeding car ploughed through them.

One person was killed and at least 12 others were injured in the accident on Wednesday.

The video of the accident has gone viral on all social media platforms.

The groom’s cousin, Pramod Kumar 42, was killed in the accident. Police rushed to the spot and the injured were taken to a hospital. Some of them were later referred to another hospital in Meerut.

Ankul Kumar, the groom, said: “We were standing near the parking. The car of the bride was about to enter the banquet hall when a speeding car hit the people in which my cousin died and several sustained severe injuries.”

A speeding vehicle hit others Baratis who were dancing near by bride's car. One killed and many are critically injured.

The injured were referred to a hospital in Meerut. pic.twitter.com/bSuG0Hd3py

Station House Officer (SHO) of New Mandi police station, Anil Kaprwan, said: “A case has been registered against the driver and the car has been seized. We are trying to trace and arrest the driver.” — IANS