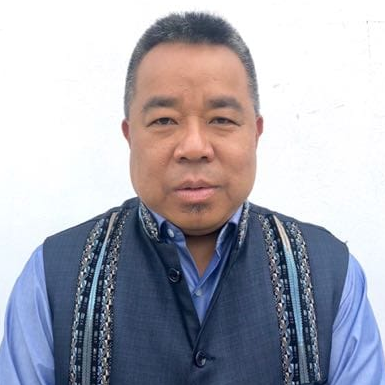 A Mizoram minister has announced  a cash incentive of Rs 1 lakh to a living parent with the highest number of children in his constituency to encourage population growth among the demographically small Mizo communities.

Sports Minister Robert Romawia Royte did not mention the minimum number of children.

The declaration came at a time when several Indian states are advocating a population control policy.

On the occasion of Father's Day on Sunday, Royte announced that he would reward a living man or woman having the largest number of offspring within his Aizawl East-2 assembly constituency with a cash incentive of Rs 1 lakh.

The person will also get a certificate and a trophy, the minister said in a statement on Monday.

Apparently, the cost of the incentive will be borne by a construction consultancy firm owned by Royte's son.

The minister said that the infertility rate and the decreasing growth rate of the Mizo population has become a serious concern.

"Mizoram is far below the optimum number of people to attain development in various fields because of the gradual decline in its population. Low population is a serious issue and hurdle for small communities or tribes like Mizos to survive and progress," Royte said.

He said that some churches and influential civil society organisations like the Young Mizo Association are advocating a baby boom policy to encourage population growth for ensuring optimum size vis-a-vis the area of the state.

Mizoram's neighbour Assam, however, is treading a different path.

In 2019, the state administration decided that those with more than two children would not be eligible for government jobs from January 2021.

Assam currently has a two-child norm along with other requirements for contesting in panchayat polls.

On Sunday, Uttar Pradesh Law Commission Chairman Aditya Nath Mittal said that there should be a check on the increasing population as it is creating problems in the state.

However, the Population Foundation of India (PFI), an NGO, has said that India should learn from China's revision of its two-child policy claiming the move shows that empowering women and enhancing their capabilities work better than coercive population policies.

In December last year, the Union Ministry of Health and Family Welfare told the Supreme Court that the family welfare programme in India is voluntary in nature. PTI