Opposition demands ban on RSS too : The Tribune India

Opposition demands ban on RSS too 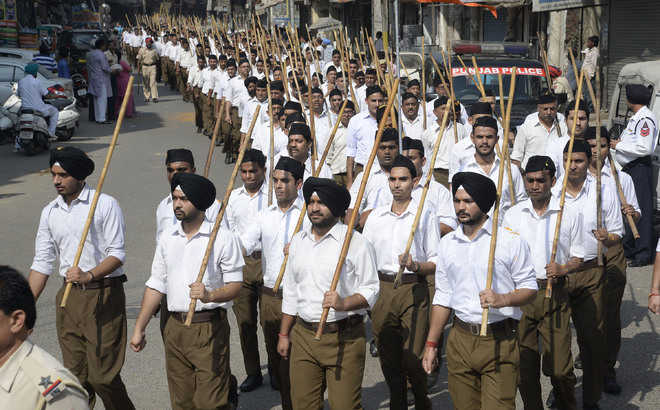 Hours after the Centre banned the PFI, several Opposition parties, including RJD and the Congress demanded a ban on the Rashtriya Swayamsevak Sangh (RSS), BJP’s ideological fountainhead.

RJD chief Lalu Prasad Yadav alleged that the RSS is an extremist group that needed to be banned too. Congress MP Randeep Surjewala hailed the “belated” action against the PFI, but questioned the BJP for its stand on the RSS.

The BJP accused Lalu of vote-bank politics and consolidating his Muslim vote bank by supporting the PFI. “Lalu’s politics is based on pseudo-secularism and this is why he is hostile towards the RSS,” a BJP leader said.