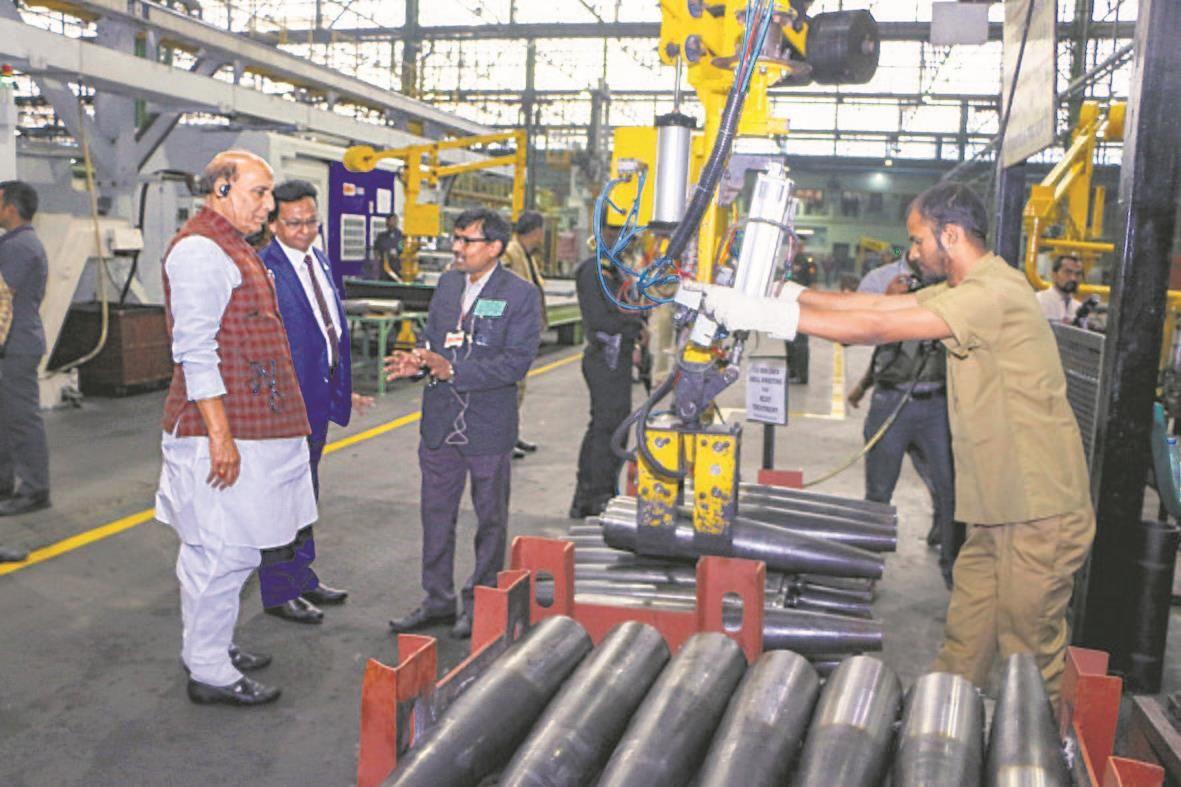 In a major decision by the Union Cabinet, the Ordnance Factory Board (OFB), first set up by the British in 1775, now under the Ministry of Defence, will cease to exist.

Seven separate companies are planned to be created, each doing a specific manufacturing role. The existing 41 factories under the OFB will be subsumed under one or the other of the seven new companies, all 100 per cent government-owned public sector undertakings (PSU).

Defence Minister Rajnath Singh on Wednesday evening said, “I can assure the OFB employees (approx 70,000) that their service conditions remain the same. The pension and post-retirement benefits also shall remain the same.”

The seven new (yet to be named) PSU entities will cover a separate sector. One will be the “ammunition and explosives group”. This will engage in production of ammunition of various caliber and explosives.

Dates back to British era

The “vehicles group” will engage in the production of defence mobility and combat vehicles such as tanks, trawls, BMP and mine protected vehicles.

The “weapons and equipment group” will engage in the production of small arms, medium and large caliber guns and other weapon systems. The other four companies will be the “troop comfort items group”, “ancillary group”, “opto-electronics group” and the “parachute group”. “The move will allow these companies autonomy as well as help improve accountability and efficiency,” Rajnath said. The restructuring is aimed at transforming the ordnance factories into productive and profitable assets; deepen specialisation in the product range; enhance competitiveness besides improving quality and cost-efficiency. The government has also decided to delegate authority of the Cabinet to the Empowered Group of Ministers constituted under the Minister of Defence to decide on the matters related to the implementation of the aforesaid decisions and other incidental matters. Rajnath Singh heads this empowered group of ministers that also includes Home Minister, Finance Minister, Minister for Labour and MoS in the PMO.