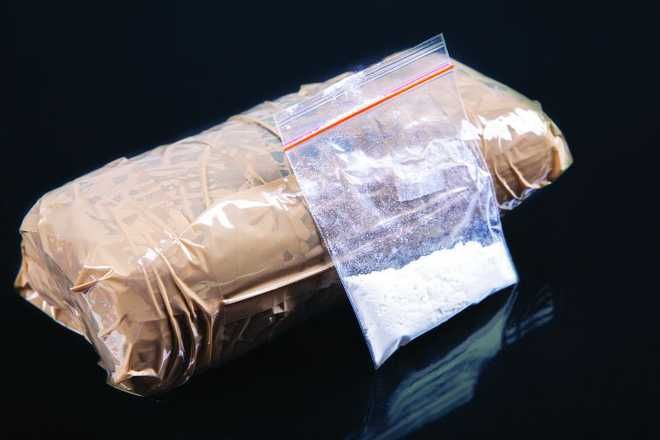 Amid fresh security threats from across the western borders ahead of the August 5 Ayodhya ground-breaking event and the Independence Day, senior officials in the security establishment feel that activities of Pakistani drug syndicates in Jammu & Kashmir is a matter of major concern.

Noting that heroin and other psychotropic substances are being smuggled into India to fund terror activities, the officials said, the recent arrest of bank manager Afaq Ahmad Wani from Handwara in Srinagar in connection with a case of seizure of 21 kg of heroin and cash from the members of a drug syndicate operating in the UT is “just the crust of the deep rooted malaise”.

The NIA in its investigation into the Handwara drug case has found that the accused were smuggling drugs and psychotropic substances in huge quantities through the Line of Control (LoC) and the proceeds of the sale were used to finance terror activities in the Kashmir Valley, the officials said.

A senior security officer, however, said, “The narco-terror modules operating from Pakistan are gradually expanding their tentacles in India and they are/will be posing a major threat, as evidence is there that in past few years they are moving from land to sea routes.”

The officials said, the threats from these narco-terror syndicates are not limited only to India, but to its neighborhood too, as several Pakistanis have been arrested on charges of narcotics trade in Sri Lanka and Maldives. “In March, eight Pakistani nationals were arrested after 400-kg heroin was recovered from two foreign vessels by the Sri Lankan navy,” said a senior Intelligence Bureau official.

Intelligence officials said the routing of banned substances is quite “worrisome”, as the raw opium is sourced from Afghanistan and then transported to Faisalabad and Lahore for processing. The processed stuff is then sent to Karachi or Gwadar for transporting them into India through sea route, they said, adding that the proceeds of smuggled stuff are used for sponsoring terror activities of groups including the Lashkar-e-Toiba (LeT) and a few other outfits.