Family came from Sindh in 2015 on long-term visa, was staying in a Jodhpur village 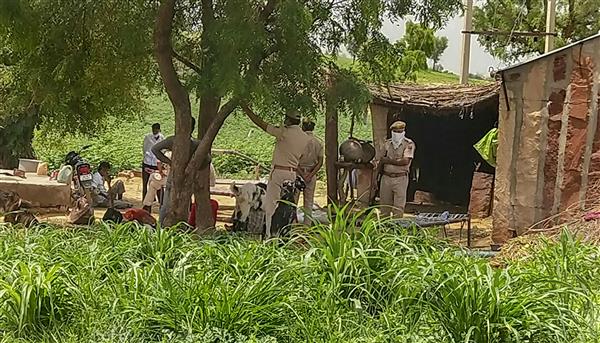 Policemen inspect the site where 11 members of a family of Pakistan Hindu migrants were found dead at a farm, in Jodhpur district. PTI

Days after the death allegedly by suicide of 11 members of a family of Hindu migrants from Pakistan in a village in Jodhpur district, a video has surfaced in which one of the victims gives a detailed account of the “harassment” they were facing at the hands of their relatives and a purported gang.

The one-and-a-half-hour long video was in the mobile phone of Laxmi, one of the victims, that was found in the shack where the bodies were discovered, police said.

According to Laxmi’s account in the video that has been viewed by PTI, after the family came to India in 2015 due to fears of religious persecution in the neighbouring country, they got embroiled in a row with their relatives here as well as a “gang” that allegedly tried to control their lives.

“We had no idea that we would be subjected to a new ordeal in India not only by others but by our own people,” Laxmi said in the video.

She said the family fled Pakistan and came to India on the insistence of Dhandali, the now estranged wife of her brother Kewal Ram who is the lone surviving member of the family. Dhandali’s family was already settled in Jodhpur.

“Right after we arrived here, Dhandali shifted to her parents’ house and started harassing us along with her family and others, claiming the custody of her children,” Laxmi said.

In the video, Laxmi alleged that there was a racket run by a gang that tried to control the lives of those who came to live in Jodhpur.

The gang scared the migrants into following its advice in order to remain safe and protected, she said.

“These gang members began harassing us also and had eye on all of us four sisters. One of our sisters died due to their pressures in 2017. They also forcibly managed to get our brother Ravi married to Sharifa, a cousin of Dhandali, who also sided with them to harass us,” Laxmi said in her elaborate account, adding that alleged gang members also wanted the sisters to marry as per their wish.

Laxmi and her sister Priya were both qualified nurses, but while Priya had been working in a nearby clinic, Laxmi could not work as her certificate was destroyed by this alleged gang, she said.

Laxmi also alleged that the family had approached the police but they did not take any action.

She said the family had shifted to Dechu tehsil to work in farms to escape the harassment in Jodhpur but it did not help. She also said she filed a complaint with the Dechu police but the police also allegedly harassed her family.

The police cases began with the first case registered by Dhandali in Mandore police station on July 16, 2019 accusing her husband Kewal Ram and his sisters of harassment. This was followed by a series of cases and counter cases from both the sides against each other, Laxmi stated in the video.

A police officer from Jodhpur commissionerate said, “The last case was filed by Dhandali again on August 7, which was to be investigated but this incident happened before police could do anything.”

SP (Jodhpur Rural) Rahul Barhat said all the documents related to the case and complaints have been collected and are being investigated.

“Kewal Ram has given some names in his FIR and we have been interrogating them in order to get to the bottom of the allegations in the video,” said Barhat.

Giving her account in the video, Laxmi also stated that the family had run from pillar to post seeking help from the local administration as well as the government but they were not heard and were ultimately “tired”.

The 11 family members, including five children, were found dead on Sunday morning inside the hut they lived in at Lodta village of Dechu area. The autopsies indicated the consumption of a poisonous substance, police had said on Monday, pointing at the possibility of a mass suicide.

A note found at the spot alleged threats from the relatives of the wives of two members of the family and harassment by police.

Kewal Ram, 35, told police that he spent the night in the fields, where he had gone to guard the crops, and came home in the morning to find everyone dead. Based on his complaint, police detained his wife and some other people for interrogation.

A preliminary investigation indicated a dispute between the victims and the families of the wives of two brothers — Kewal Ram and Ravi.

The family came from Pakistan’s Sindh in 2015 on a long-term visa. For the past six months, the family members were living on the farm which they had hired for cultivation.

Police had found chemicals and injection vials at the shack, leading to suspicion that some poisonous substance may have been administered to family.

Two of the victims, Laxmi and Priya, are said to be nurses, the police had said, adding that their signatures appear on the note.

The victims included Budharam Bhil (75), his wife Antara Devi, their son Ravi (31) and daughters Jiya (25) and Suman (22). Another 40-year-old woman and five children were also among the dead. — PTI 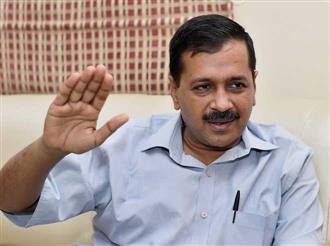