Foreign ministers’ meet on sidelines of UNGA cancelled due to ‘lack of concurrence’: SAARC Chair Nepal 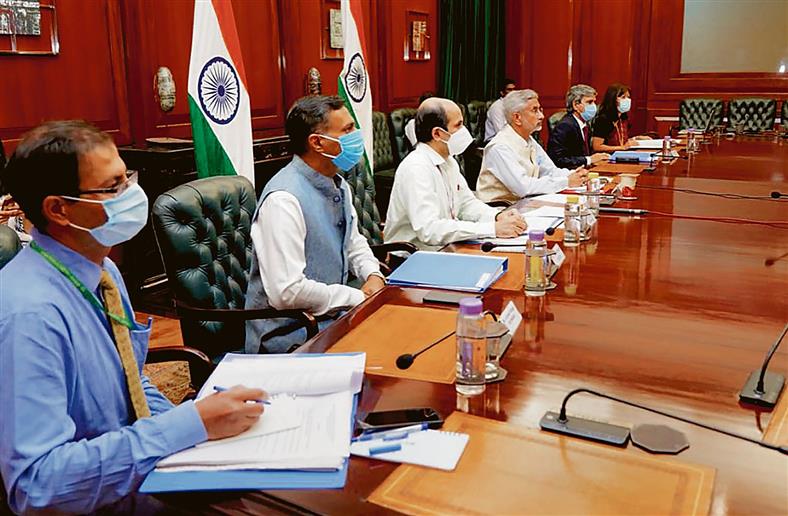 An in-person SAARC ministerial planned on the sidelines of the UN General Assembly in New York this Saturday has been cancelled due to a “lack of concurrence from all member states”, said SAARC chair Nepal in an official communication.

The media here quoted unnamed sources as stating that it was because of Pakistan’s insistence on having the Taliban represent Afghanistan at the Foreign Ministers’ Ministerial but this was not acceptable to most countries. The Taliban recently named Suhail Shaheen as its Permanent Representative to the UN.

The Taliban is understood to have applied to the UN administration to represent Afghanistan in a process called “request for credentials”. This process takes time and is unlikely to be completed during the ‘High-Level Week’ though it is possible a decision may be taken within the timeframe of the broader General Assembly that goes on for some three months, said a US State Department official during a briefing. “I don’t expect this issue to be resolved within the High-Level Week. But watch this space,” he said.

However, Indian media and posts by social media influencers insisted that at an informal meeting, SAARC member states did not accept Pakistan’s request to allow the Taliban to represent Afghanistan.

SAARC has been in limbo since 2016 when India decided to boycott the summit planned to be held in Islamabad. Following India's announcement, Bangladesh, Afghanistan and Bhutan had also pulled out, depriving Pakistan the opportunity to take over from Nepal which, by default, has become the longest running chairmanship of SAARC.

A week back, the Ministry of External Affairs was uncertain whether a SAARC ministerial would be held on the sidelines of the UNGA. The MEA spokesperson cited several reasons why it was not possible to commit to the SAARC ministerial. These included lack of information whether all ministers would be present at UNGA on the same day but “the chair [Nepal] will decide about Afghanistan’s participation”, he had said in response to a question.