While Pakistan said six Indian fishermen were taken into custody, there was no official word from the Indian side 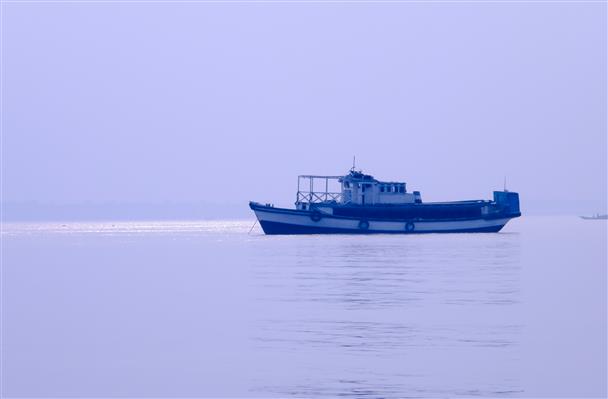 India has taken a serious note of the "unprovoked firing incident" in which a Pakistani Maritime Security Agency (PMSA) vessel fired on an Indian fishing boat resulting in death of one fisherman and injuries to another.

"We are going to take up this issue diplomatically with the Pakistan side,’’ said sources here.

While Pakistan said six Indian fishermen were taken into custody, there was no official word from the Indian side.

It’s very sad. It’s a violation of UNCLOS. Firing on a traditional fishing boat is not acceptable.

The Indian fisherman was killed and another injured after PMSA fired at their fishing boat near the international maritime boundary line in the Arabian Sea off the coast of Gujarat on Saturday evening, the Coast Guard and the Gujarat Police said in separate statements.

"The dead person was identified as Shridhar Chamare, 32, from Palghar district of Maharashtra. He was on the fishing boat ‘Jalpari’, which had sailed from Okha on October 25 with seven crew members, five of whom from Gujarat and two from Maharashtra,’’ said Dwarka Superintendent of Police Sunil Joshi.

Chamre’s body was brought to Okha port on Sunday and an FIR was registered by the police station with jurisdiction over any incident that occurs beyond 12 nautical miles off the Gujarat coast, he added.

The violence in the maritime domain flared up at a time when Pakistan has been at odds with India on several issues. Its NSA will not attend a conference on Afghanistan this week, Indian trucks carrying aid to Afghanistan were denied access and overflight permission was withdrawn to a recently-resumed Srinagar-Sharjah flight.

This is the first time in several years that a fisherman has been killed for alleged illegal fishing due to the inability of India and Pakistan to officially determine their maritime boundary, leaving small boats susceptible to inadvertently crossing territorial waters.

Pakistan claimed its ships first attempted to interdict the boat but it did not respond or change course even after repeated warnings. After warning shots failed to force the boat to shut off its engines, the PMSA fired directly into the Indian boat. One Indian on board was killed and six occupants taken into custody for questioning of their motives, it said.

Violence had last erupted in the waters dividing Gujarat and Sindh in 2015 when the Indian security forces sank a Pakistani boat which appeared to be carrying suspicious cargo.

The price for the absence of a maritime boundary and the promise of a good catch on waters away from the coast is paid by marginal fishermen from both countries. 632 fishermen are currently in interminable custody of which 558 are from India and 74 are Pakistanis.

Peace activists campaigning for their release say most of the good catch is well away from the coast and fishermen of both sides sometimes stray across boundaries that they are unaware of. Recently, the Coast Guard seized a Pakistani fishing boat and arrested 14 fishermen for fishing close to the Gujarat coast.