Both Lok Sabha and Rajya Sabha adjourned sine die, four days ahead of the scheduled culmination of the session on August 12 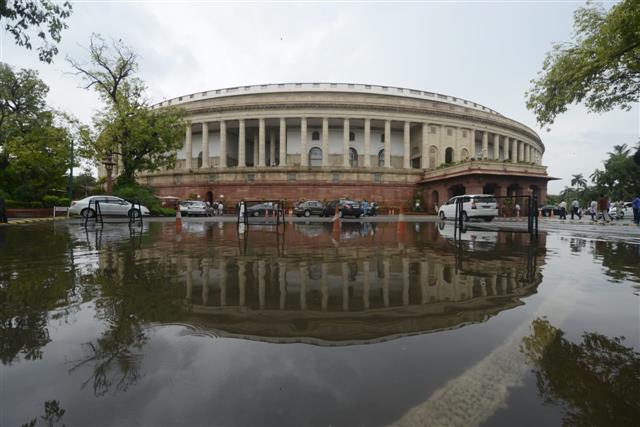 A persistent stalemate between the government and the opposition over demands to discuss price rise, GST related issues and Agnipath, the new recruitment scheme of the Armed Forces, led to the Monsoon Session of Parliament being among the least productive.

Both Lok Sabha and Rajya Sabha were adjourned sine die on Monday evening, four days ahead of the scheduled culmination of the session on August 12. The Monsoon Session commenced on July 18.

The lowest number of sittings (10) were seen in the fourth session of 17th LS and 17 in the sixth session.

Outgoing Rajya Sabha Chairman M Venkaiah Naidu who was given a farewell today also lamented the loss of 47 hours to disruptions with the house working for 38 hours only.

Highlights of the Monsoon Session were—MPs of both the Houses extended a farewell to outgoing President Ram Nath Kovind in the Central Hall of Parliament House on July 23 and Droupadi Murmu took Oath of Office as the 15th President on July 25.

Major bills passed by both houses

Rupee falls 15 paise to close at all-time low of 82.32 against US dollar

The Indian currency for the first time closed below the 82 l...