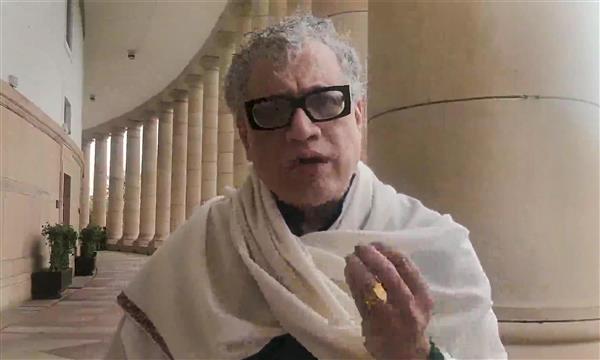 Trinamool MP Derek O'Brien on Monday criticized the government for rushing bills through Parliament, saying that they were, on average, passed under seven minutes.

In a tweet, O'Brien said: "In the first 10 days, Modi-Shah rushed through and passed 12 bills at an average time of UNDER SEVEN MINUTES per Bill... "

O'Brien posted a graphic listing the bills passed through Parliament according to which the Coconut Development Board Bill was passed in one minute.

In the first 10 days, Modi-Shah rushed through and passed 12 Bills at an average time of UNDER SEVEN MINUTES per Bill 😡(See shocking chart👇)

Meanwhile, Lok Sabha proceedings were adjourned for the second time on Monday, till 2 pm, as Opposition members continued to protest over the Pegasus spyware controversy and other issues.

Kirit Premjibhai Solanki, who was in the chair, requested the protesting members to go back and take their seats.

Leader of the Congress in the Lok Sabha, Adhir Ranjan Chowdhury, said the government has been "bulldozing" one legislation after another. We want a discussion, but it should first be on the Pegasus snooping issue, he said.

The proceedings of the House were on Monday adjourned for the first time till 12 noon.

Speaker Om Birla had asked the protesting members to raise issues of public interest rather than sloganeering and urged them to go back to their seats.

"You all are respectable members representing lakhs of people… This House is for discussion... I will give you time (for discussion)," Birla said.

Notwithstanding Opposition protests, the Question Hour went on for over 30 minutes and more than seven questions were taken up along with supplementaries.

As Opposition members continued with their protest, Birla adjourned the House for about 25 minutes till 12 noon.

As soon as the House met for the day, Speaker Birla, on behalf of the House, congratulated shuttler P V Sindhu on winning a medal at the Tokyo Olympics.

The Speaker noted that she is the first Indian woman athlete to win two individual medals at Olympics. He congratulated her for the "historic achievement" and also expressed hope that Sindhu's win will be an inspiration for youngsters.