Haryana, Mizoram only states to support it 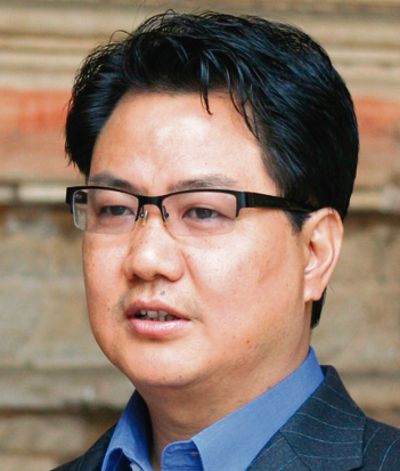 In all, 13 high courts and eight states, including Punjab and Himachal Pradesh, have opposed the idea of having an all-India judicial service (AIJS) even as Haryana and Mizoram supported it.

“In view of the existing divergence of opinion among the stakeholders, the government is engaged in a consultative process with the stakeholders to arrive at a common ground,” Union Law Minister Kiren Rijiju has told the Lok Sabha.

In view of the existing divergence of opinion among the stakeholders, the government is engaged in a consultative process with the stakeholders to arrive at a common ground. —Kiren Rijiju, Law Minister

However, the government maintained that a properly framed AIJS was important to strengthen the overall justice delivery system as it would give an opportunity for induction of suitably qualified fresh legal talent selected through a proper all-India merit selection system as well as address the issue of social inclusion by enabling suitable representation to marginalised and deprived sections of society.

According to a written reply given by the Law Minister on Friday, Haryana and Mizoram were the only states in favour of the AIJS. “The proposal seems to be justified,” maintained Haryana.

Punjab, Himachal Pradesh, Karnataka, Madhya Pradesh, Maharashtra, Meghalaya, Nagaland and Arunachal Pradesh were not in favour of the AIJS, while Bihar, Chhattisgarh, Manipur, Orissa and Uttarakhand wanted certain changes in the proposal.

The Punjab Government said, “The state does not favour the creation of the AIJS.” The Himachal Government maintained, “Keeping in view the ground realities, it will not be appropriate to have an all-India judicial service. As such, the state is not in its favour.”

Among the high courts, the ones in Sikkim and Tripura were in favour. Thirteen HCs, including those of Bombay, Delhi, Calcutta and Madras, were against it, while six others wanted changes in the proposal.

Two other HCs were yet to respond. The Patna High Court said judicial services couldn’t be compared to civil services, while the HCs of Punjab & Haryana and Calcutta said the AIJS would be against federalism.