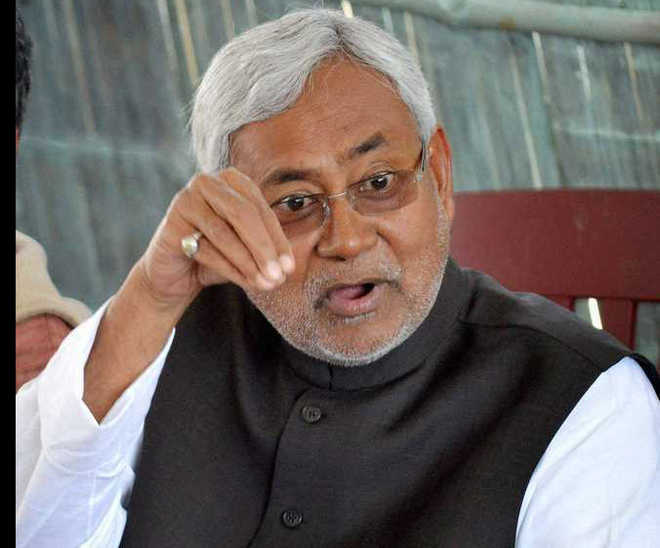 Bihar Chief Minister Nitish Kumar on Monday backed the demand for a thorough probe into Pegasus snooping row, which has led to a logjam in Parliament.

Bihar Chief Minister Nitish Kumar on Monday backed the demand for a thorough probe into Pegasus snooping row, which has led to a logjam in Parliament.

The JDU leader, who runs the NDA government in Bihar in alliance with the BJP, said, “Such things should not be done to disturb and harass people. There should be an investigation into this and the findings be made public.”

Rahul Gandhi has invited leaders of Opposition parties to a breakfast meeting on Tuesday to chalk out a strategy on the issue.

“It is a known fact that modern technology can be put to sinister uses. If there have been any attempts to intercept people’s telephonic conversations, it would be better to get the matter probed for a suitable action,” he told reporters on the sidelines of his weekly public interaction programme.

Nitish said the whole thing (spying allegations) should be examined from each and every aspect. The Centre has not yet agreed to a structured debate on the Pegasus issue in Parliament with the Opposition adamant on a discussion in the presence of Prime Minister Narendra Modi or Home Minister Amit Shah.