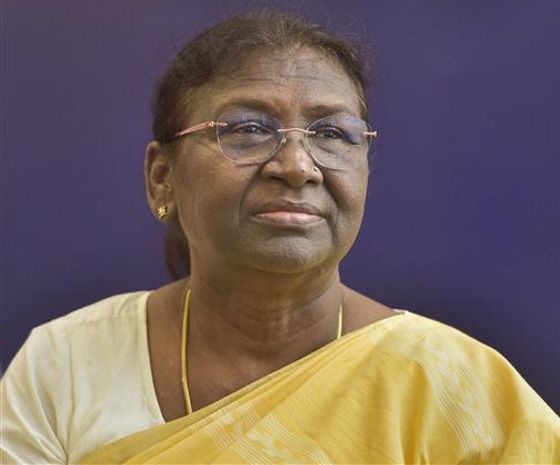 With the Election Commission aiming to achieve 75 per cent voter turnout in future elections, President Droupadi Murmu today urged people to consider voting as their contribution to nation-building.

Addressing an event to mark 13th National Voters’ Day organised by the poll panel, the President said people must vote with the spirit of “nation paramount”. Murmu said it was a great achievement of India’s election process and democracy that the active participation of women in the process was continuously increasing. In the 2019 Lok Sabha election, the number of women voters was slightly higher than that of men, she said.

The President noted that for the first time in the history of Indian Parliament, the total number of women MPs in both Houses combined had reached the 115-mark. “From gram panchayats to Parliament, women are contributing significantly. Their participation and numbers should increase further,” she said.

Murmu said social revolution had been possible in the country over the past seven decades through the election process. “It is a great success of our democracy that the common voter living in remote areas feels he or she has a major role in deciding who would govern the country or the state,” said the President.

She handed over the Election Photo Identity Card (EPIC) to five youths who recently became voters. During the event, she also presented national awards to election officials for 2022.

In his address at the event, Union Law Minister Kiren Rijiju suggested comprehensive consultations with stakeholders, including political parties and claimed these were essential for implementing electoral reforms. Referring to various proposals on electoral reforms moved by the poll panel, the minister said consultations and discussions were a “symbol” of a vibrant democracy.