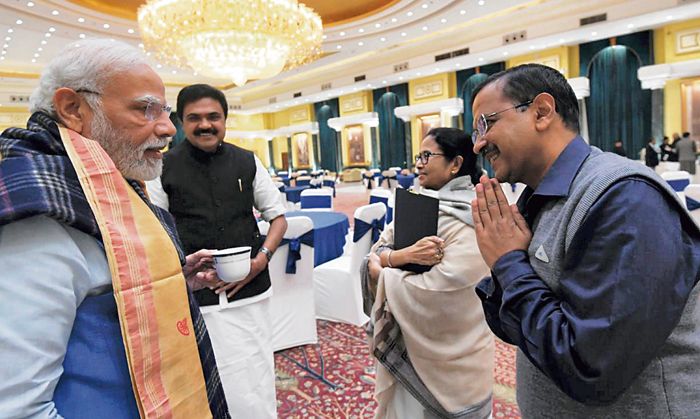 Prime Minister Narendra Modi on Monday stated that India’s G20 presidency was a unique opportunity to showcase India’s strengths to the entire world.

Chairing an all-party meeting at Rashtrapati Bhavan on Monday which was attended by several Chief Ministers, including those from the Opposition, Union ministers and Congress party chief Mallikarjun Kharge, PM Modi also pointed out that there was global curiosity and attraction towards India today, which further increased the potential of India’s G20 presidency.

The PM emphasised the importance of teamwork, and sought the cooperation of all leaders in the organisation of various G20 events. He pointed out that the G20 presidency would help showcase parts of India beyond the conventional big metros, thus bringing out the uniqueness of each part of the nation. Highlighting the large number of visitors who would be coming to India during India’s G20 presidency, Prime Minister took note of the potential for promoting tourism and boosting the local economies of the venues where G20 meetings would be organised.

Among the Union Ministers at the meeting were Amit Shah, Rajnath Singh, Nirmala Sitharaman and S Jaishankar.

At the meeting, the Ministry of External Affairs made a presentation about the programmes planned by the government over next year.

After the meeting, Kharge spoke of India’s past leadership of NAM, Left parties said the G20 presidency should not be projected as the government’s achievement since it had come by rotation.

Yechury and D Raja both made this point with Raja calling upon the government to take the occasion to pass the pending Women’s Reservation Bill in Parliament.

Raja also said all G20 agenda should be “non-partisan.”

Earlier, Mamata Banerjee said the government could have chosen any logo apart from BJP election symbol, the lotus, for the occasion.