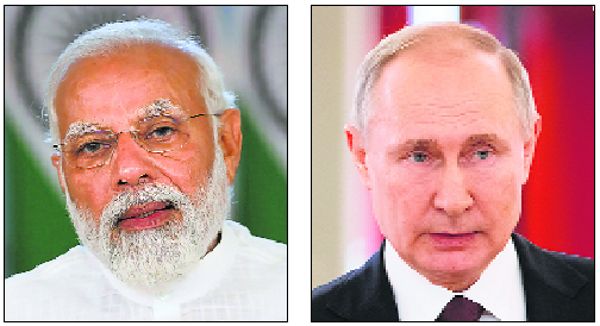 Prime Minister Narendra Modi had a telephonic conversation with Russian President Vladimir Putin on Friday. The development comes as Russia may have become the largest supplier of crude to India in the month of June and trade in other areas such as coal fertilisers seems to be taking off. 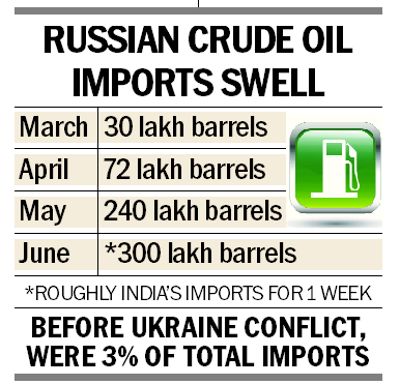 The two leaders reviewed the implementation of the decisions taken during President Putin’s visit to India in December 2021. In particular, they exchanged ideas on how bilateral trade in agricultural goods, fertilisers and pharma products could be encouraged further, stated an MEA release.

The leaders also discussed global issues, including the state of the international energy and food markets.

In the context of the ongoing situation in Ukraine, the Prime Minister reiterated India’s long-standing position in favour of dialogue and diplomacy, stated the MEA release. The leaders agreed to maintain regular consultations on global and bilateral issues.

PM Modi had last spoken to Putin in March to discuss the safe evacuation of Indian students. The leaders had then mainly discussed the safe evacuation of the Indian nationals from the conflict areas, said the official news release. Meanwhile, according to shipment tracking agencies, Russia may have become India’s biggest crude supplier in the month of June while the amount of crude imported from the US may have shrunk, This shows a huge turnaround in India’s crude import basket as before the Ukraine conflict Russian crude barely accounted for three per cent of the total imports.

The step will be of benefit to both countries. Russia gets a huge market for its oil, the biggest after China, while India is getting heavily discounted crude that is enabling its refiners to make windfall profits in their exports. This may be the reason why the Centre on Thursday night notified special additional excise duty on export of diesel, petrol and aviation turbine fuel.

Crude from Basra has taken a hit by an estimated 150 lakh barrels but supplies from another major source — Saudi Arabia – have remained stable at about 200 lakh barrels. A tracking agency Vortexa claims that Russia’s supply was at an average of 11.6 lakh barrels in June while from Iraq, it was 11.3 lakh barrels.