He has no investment in any bond, share or mutual funds, does not own any vehicle, but has four gold rings valued at Rs 1.73 lakh, according to his declaration updated till March 31 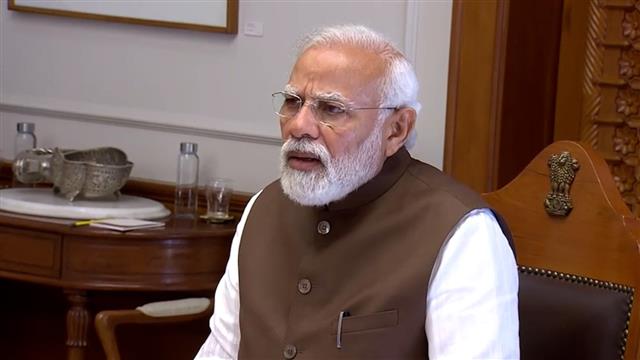 Prime Minister Narendra Modi owns assets worth over Rs 2.23 crore, mostly as bank deposits, but has no immovable properties as he has donated his share in a piece of land in Gandhinagar, according to his latest disclosure about assets.

He has no investment in any bond, share or mutual funds, does not own any vehicle, but has four gold rings valued at Rs 1.73 lakh, according to his declaration updated till March 31.

The residential plot he jointly held with three other owners, each having an equal share, was purchased by him in October 2002 when he was the chief minister of Gujarat.

The latest update said, "Immovable property Survey No. 401/A was jointly held with three other joint owners and each having an equal share of 25 per cent is no more owned by the self as the same has been donated."

Among the prime minister's cabinet colleagues who have declared their assets, Defence Minister Rajnath Singh has movables worth Rs 2.54 crore and immovable assets worth 2.97 crore as on March 31, 2022.

Of all the 29 cabinet ministers, the ones who have declared their own and their dependents’ assets for the last fiscal also include Dharmendra Pradhan, Jyotiraditya Scindia, RK Singh, Hardeep Singh Puri, Parshottam Rupala and G Kishan Reddy.

Mukhtar Abbas Naqvi, who was a cabinet minister in the last fiscal and demitted office in July, has also declared his assets.