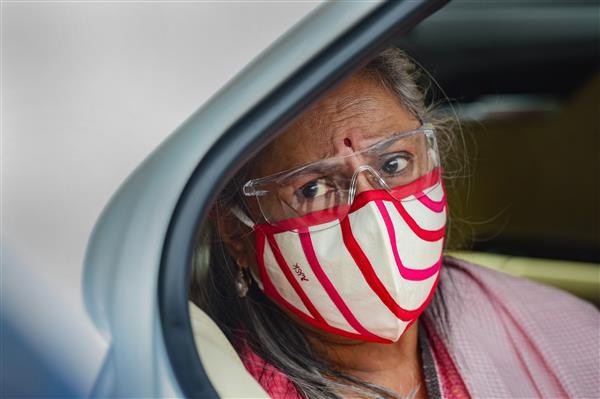 Security has been increased outside bungalows of Amitabh Bachchan and Jaya Bachchan in Mumbai, a day after she told Parliament that the film industry was being defamed by some and asked the government to protect and support it, a police official said.

“Amitabh Bachchan already has X category security cover. After the speech (in Parliament by Jaya Bachchan), we stepped up peripheral security and increased patrolling outside their bungalows in Juhu,” the official said.

The official said the security has been stepped up as a precautionary measure to avoid any untoward incident in view of Jaya Bachchan’s speech.

Batting for Bollywood that has been under a cloud since the death of actor Sushant Singh Rajput in June on the floor of the Rajya Sabha, Jaya Bachchan on Tuesday argued for government support to the entertainment industry and slammed those tarnishing its image.

In her speech, she had used a Hindi proverb to say those defaming the industry were biting the hands that fed them.

Though Bachchan did not take any names, her speech came a day after BJP’s Lok Sabha MP and Bhojpuri actor Ravi Kishan said there was a problem of drug addiction in the film industry.

She had also said she completely disagrees with those who term the entertainment industry a “gutter”, a term used by actor Kangana Ranaut to describe Bollywood in a tweet last month. — PTI