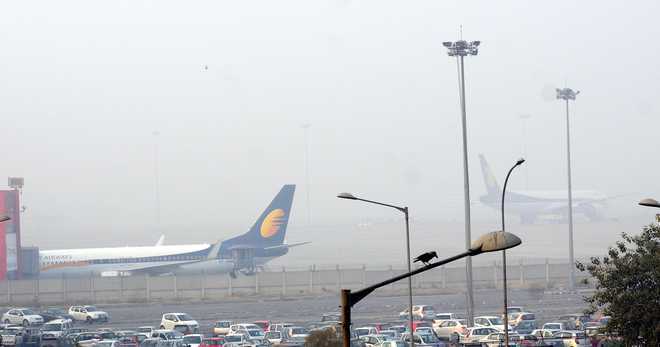 This is the third time this season — after December 8 and January 1 — that visibility dropped to zero in the city. file photo

More than 50 flights were delayed on Saturday morning due to dense fog at the Delhi airport, officials said. The thick blanket of fog reduced visibility to zero in the Capital on Saturday, the India Meteorological Department (IMD) said.

This is the third time this season — after December 8 and January 1 — that visibility dropped to zero in the city.

Meanwhile, the weather department has forecast that a fresh western disturbance is likely to cause scattered to fairly widespread rain and snow over Himachal Pradesh after January 22. — PTI