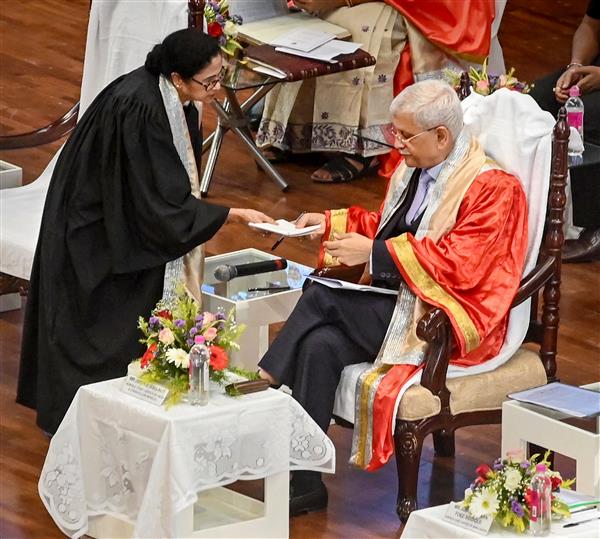 West Bengal Chief Minister Mamata Banerjee on Sunday claimed that democratic powers were being seized by a “section of people” which she felt may lead to a presidential form of government in the country.

Urging the judiciary and leaders in different fields to “save democracy”, the CM said at a programme here that if the trend continued, a day would come when the country would have a presidential form of government.

Without naming the BJP, she implied that the ruling party was behind the move.

Speaking at the convocation ceremony of the West Bengal National University of Juridical Sciences (NUJS), she urged the judiciary to ensure that the federal structure of the country remains intact.

"All democratic powers are being seized by a section of people. This might be going on for (bringing in) a presidential form of government," said Mamata, who was the chief guest at the convocation.

Chief Justice of India Justice U U Lalit, who is the chancellor of the university, was present on the occasion.

She also claimed that people were being harassed “unnecessarily”.

The West Bengal CM has tussled with the BJP-led NDA government at the Centre on several occasions over the powers of the state and the central government.