Woman was beaten up by couple in, duo held; minister promises strict action 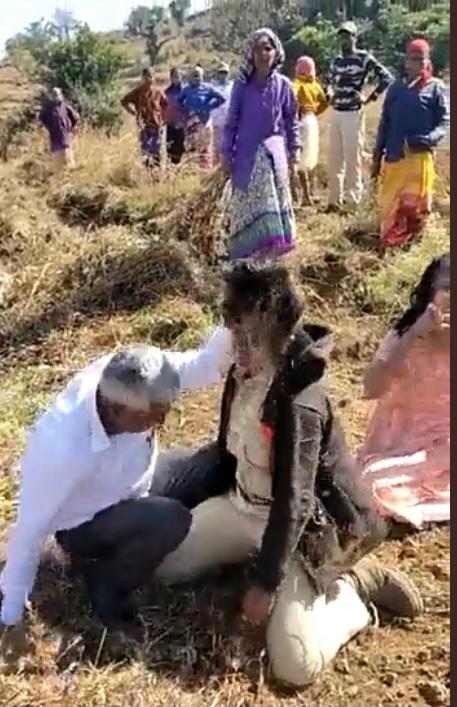 A former sarpanch and his wife allegedly thrashed a woman forest guard, who is three months pregnant, along with her husband at a village in Satara district of Maharashtra, following which the accused couple has been arrested, police said on Thursday.

The incident took place on Wednesday at Palsawade village in the western Maharashtra district, located around 120 kms from here, they said.

According to police, the accused man, who is a member of the local forest management committee, was angry with the woman forest guard for taking the contractual forest labourers along with her "without his permission".

A video of the assault incident has gone viral on social media.

Sharing the video on his Twitter handle on Thursday, Maharashtra Environment Minister Aaditya Thackeray said, "The accused has been arrested this morning and will face the law at its strictest. Such acts will not be tolerated."

Satara Superintendent of Police (SP) Ajay Kumar Bansal said the accused man is a former sarpanch of the village and a member of the local forest management committee.

"He and his wife allegedly beat up the woman forest guard, who is three months pregnant, as the accused was angry over the guard taking the contractual forest labourers along with her without his permission," he said.

A case has been registered against the duo at Satara taluka police station, he said.

"Since the forest guard is pregnant, a medical examination of her foetus will be carried out. If any foetus is found harmed, then relevant sections will be slapped against the accused," he said.

Talking to reporters, the woman forest guard said that her husband, who is also a forest guard, was also beaten up by the couple.