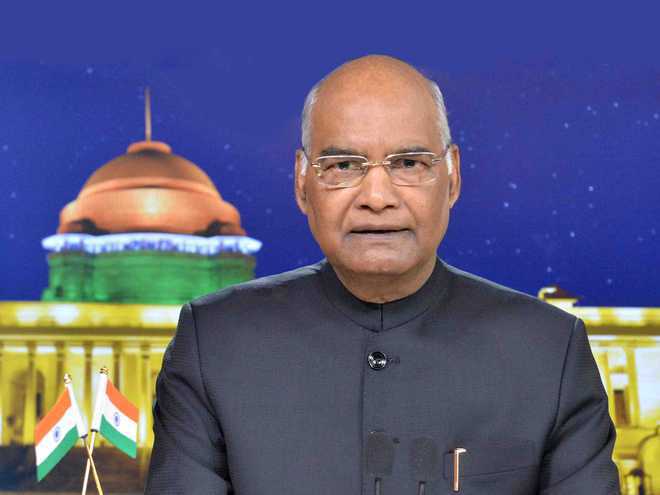 President Ram Nath Kovind on Friday donated over Rs 5 lakh for the construction of Ram temple at Ayodhya on behalf of his family.

Vishwa Hindu Parishad (VHP) on Friday launched the nation-wide fund-raising campaign for the construction of the Ram temple. The campaign, which ends on February 27, is being supported by the RSS and its affiliates, and Hindu saints and seers.

Prime Minister Narendra Modi and leaders cutting across political boundaries will be approached for donations during the campaign.

Kovind, in presence of his family members, handed over the cheque to a team headed by Treasurer of Shri Ram Janmabhoomi Teerth Kshetra Trust Govind Das Giri.

"Honourable President handed over the cheque in presence of his family members. He blessed the efforts to construct the temple," said Alok Kumar.

President of India is the country's first citizen, it was thought proper to start the campaign through collection of donation from him, he said.

"We will also reach out to Prime Minister to seek donation from him for the temple," Kumar added.

He said that the campaign would cover 55 crore people in four lakh villages.

The VHP, which spearheaded years of movement for construction of the temple, has decided to extend all cooperation to Shri Ram Janmabhoomi Teerth Kshetra Trust for collecting monetary offerings to expedite the construction.

VHP activists would reach out to 110 million families of 4,00,000 villages of the country and propagate "Ramatwa" by connecting the common man directly with Shri Ram Janmabhoomi.

A photograph of the model of the temple would be distributed during the fund-raising campaign.