Clash took place after Chandauli's DM, his family were escorted to temple by police to perform pujas despite weekend lockdown 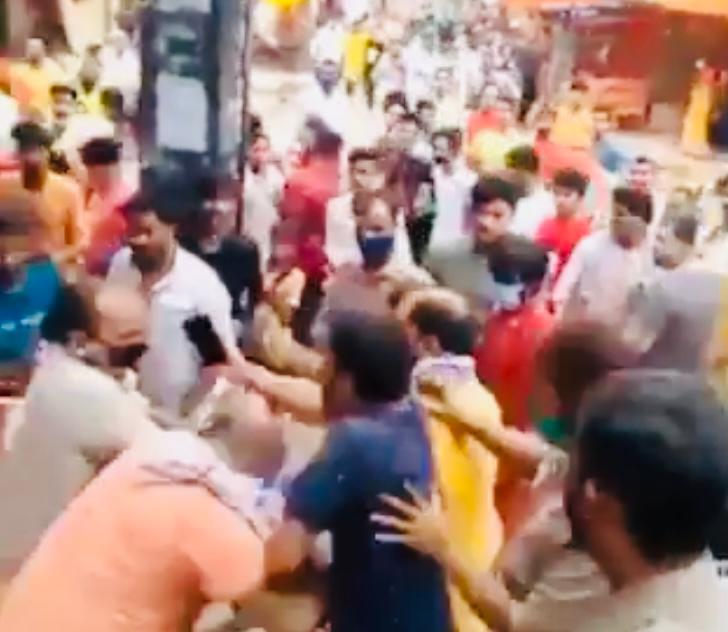 Bollywood actor Amitabh Bachchan's family priest, who has also reportedly performed 'pujas' for the Gandhi family, was allegedly beaten up during a scuffle between priests and the police at the Vindhyavasini temple in Vindhyachal area.

A video of the incident has gone viral.

According to reports, the clash took place on Sunday after the district magistrate of Chandauli and his family were escorted to the temple by the police to perform pujas despite the weekend lockdown.

However, when Bachchan's family priest Amit Pandey, along with other priests, reached the temple for performing pujas, the police refused to let them in, leading to an altercation.

Seeing the district magistrate offering puja, the priests also insisted that they be allowed in.

No case has been filed in the incident so far.

Sumit Pandey, brother of the priest, told reporters, "Police deliberately did this. Protesting priests have also been implicated in false cases. We are very respected in the community." He said that his brother regularly performed 'puja' for the Bachchan family.

Rajan Pathak, former president of Panda Samaj, also condemned the incident and said that every worshipper is equal in the eyes of the Almighty. He said the temple did not discriminate against anyone.

Additional Superintendent of Police Sanjay Verma denied the incident saying no policeman escorted any official for performing puja in the temple.

"A priest performed darshan puja and when Amit Pandey started taking other visitors for the darshan puja, the police objected to it," Verma said. IANS