Priyanka assures legal aid to boatmen in fight against Yogi 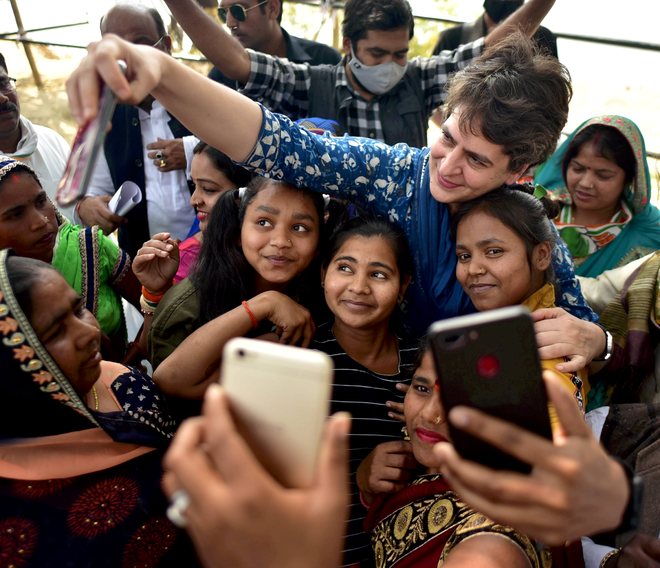 AICC general secretary Priyanka Gandhi Vadra with boatmen and their families at Baswar village in Prayagraj on Sunday. PTI

Congress general secretary for Uttar Pradesh Priyanka Gandhi Vadra on Sunday visited the boatmen of Banswar village in Prayagraj and assured them legal aid in the fight against the state administration.

The Nishads, a prominent local OBC community with members across fishermen sub-castes, are up in arms against the BJP government in Uttar Pradesh for banning the use of boats in sand mining activities along river banks and rendering several families jobless.

On February 4, the state police allegedly assaulted protesting Nishads who claimed damage to more than 16 boats. Vadra during her visit to Banwar village today said the Congress would raise its voice for the rights of the fishermen.

She also attacked the state BJP government saying, “The Central farm laws were enacted for the benefit of few corporate and not farmers. Likewise the state government here is also making rules to deny the rights of fishermen and help industrialists and mining mafia.”

She said the life of any civilisation depended on the life of the rivers and this was something the Nishads understood well.

Vadra said the BJP government in UP did not want to help the fishermen even though it came to power on their votes.

“Your boats have been destroyed. We will raise this issue and fight for you. Your community has helped the BJP come to power in UP. When leaders forget whose votes propelled them to power, they lose their way,” Vadra said, noting that sand mining on river beds continued unabated despite orders to the contrary from the National Green Tribunal.