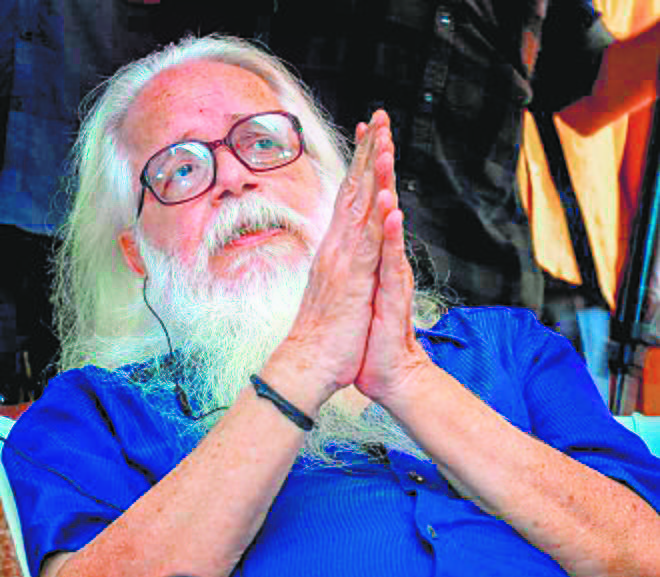 The Supreme Court on Monday asked the CBI to probe the role of Kerala police officers — Siby Mathews, KK Joshua and S Vijayan — who allegedly framed ISRO scientist S Nambi Narayanan in 1994 spy scandal in which he was exonerated and later awarded Rs 50 lakh as compensation.

The SC wound up the Justice DK Jain committee set up to look into framing of Narayanan — a Padma Bhushan awardee — into ISRO espionage case by the Kerala cops who investigated the case. However, the SC made it clear that the CBI can’t proceed against the accused on the basis of the committee’s report only. “They have to probe, collect material and then proceed as per law. Ultimately, it’s the investigation which will be done,” it said. — TNS

Channi had been summoned to Delhi on Friday by the party hig...