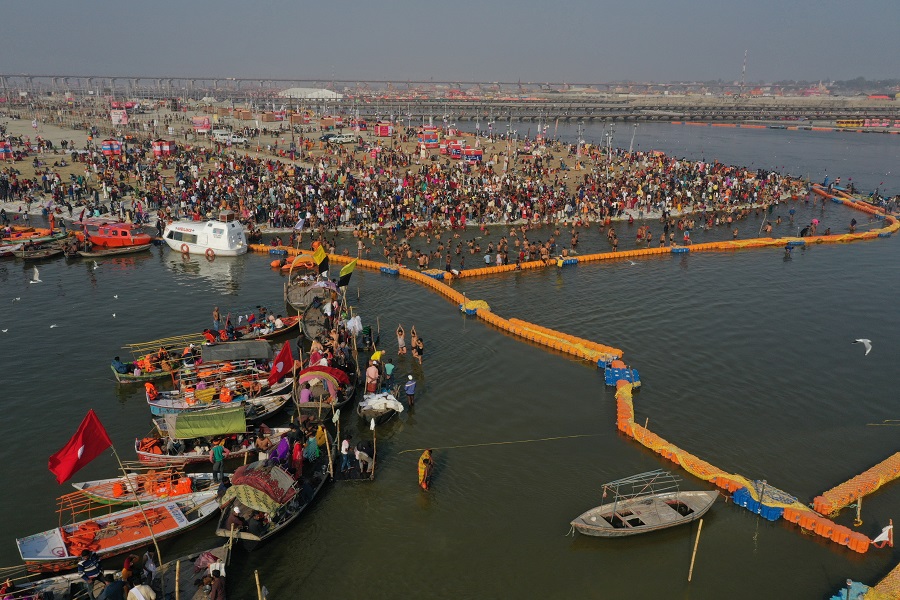 A silent revolution is in the making in many houses of Jaipur where women are stitching cloth bags to ensure that the world's largest religious gathering Kumbh, to be organised in Haridwar, remains polythene free.

A total of 30,000 cloth bags stitched by women in Jaipur have already been sent to Haridwar for the Kumbh, which is scheduled to start from April 1, said environmentalist Ashok Swadeshi, under whom the ambitious drive has been started.

Swadeshi said, "Pledging for a polythene-free Kumbh, the volunteers are visiting door to door to bring out more such bags, inspiring the women to join hands to start this silent revolution. The initiative aims at helping to check the accumulation of tons of plastic waste during the gathering, he added.

"While many bags have been made in the factories, around 500 women are also engaged to accomplish the task. Our target was to send 25,000 bags but now 30,000 bags have been dispatched and more shall be sent by April 11," he added.

Small groups have been formed at local level under a leader who looks at the smooth running of the drive, he informed.

Shrikant Gupta, heading a Nature Lover group in Jaipur said that the bags sent to Haridwar will be given to the visitors of the Kumbh and polythene will be taken from them.

Swadeshi further said that a competition is also being organised at a local level where the entry fee will be to bring one such eco-brick. "A total of 12,000 registrations have been made for this competition and we are hoping more to come," he added.

Meanwhile, Gupta in his appeal to the people of the group, said, "May we all make the Mahakumbh in Haridwar polyethylene free Kumbh with our little cooperation in the national interest.

"Therefore, I humbly request you to cooperate in saving the environment and making a poly-free pillar by giving us cloth bags from your home according to your reverence." "A total of 20 crore people are likely to come to this Kumbh Mela; so the first installment of the bags have been dispatched to Haridwar. Whoever wishes to cooperate for the next installment, please deliver at the said address," he appealed. IANS