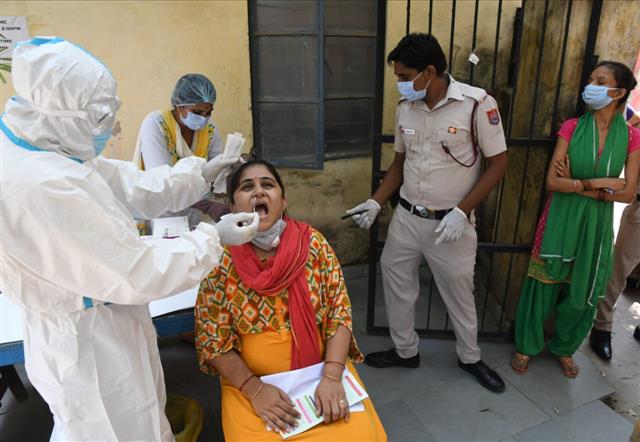 The number of recovered patients so far exceeds that of the active cases by nearly four times. TRibune file

A record 82,961 new COVID-19 recoveries were reported on Wednesday, almost a quarter of them from Maharashtra alone, pushing the overall figures close to 39.5 lakh and the recovery rate to 78.53 per cent, Health Ministry data showed.

A record 82,961 patients recovered and were discharged from home/facility isolation and hospitals in a day, according to the ministry’s data updated at 8 am.

The number of recovered patients so far exceeds that of the active cases by nearly four times (3.96), or in absolute terms by 29,46,427 cases, the ministry said.

“The 7-day moving average of the recoveries shows a consistent increase,” the ministry said.

Twenty-seven states and union territories are reporting recovery rates of more than 70 per cent, the ministry highlighted.

India’s tally of COVID-19 cases galloped past 50 lakh Wednesday, just 11 days after it crossed 40 lakh, with 90,123 infections reported in a day.