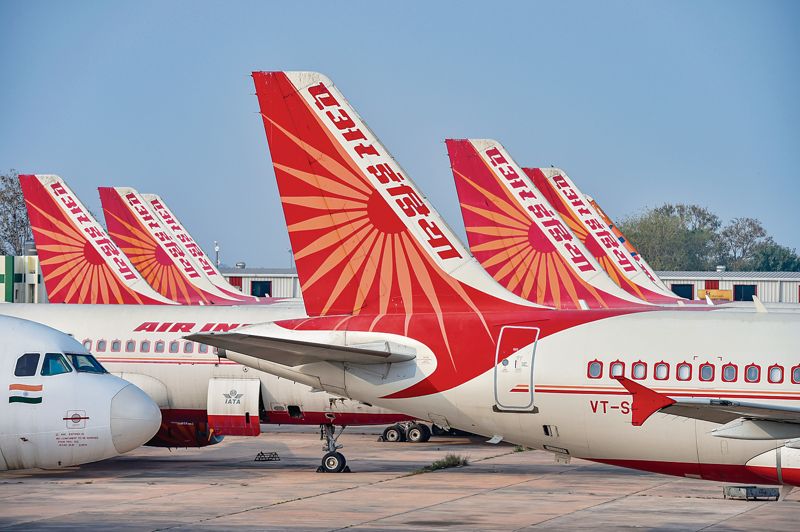 Scheduled international passenger flights to and from India that were suspended on March 23 last year due to Covid will be resumed from December 15, the Civil Aviation Ministry said today.

However, countries deemed ‘at risk’ of Covid by the Health Ministry would be allowed to operate only a certain percentage of their pre-Covid scheduled flights, the ministry clarified. Several countries in Europe, including the UK, and South Africa, Brazil, Bangladesh, Botswana, China, Mauritius, New Zealand, Zimbabwe, Singapore, Hong Kong and Israel have been put in the ‘at-risk’ category.

The decision came as the WHO technical committee met on Friday to review evidence on the new B.1.1.529 Covid variant detected in South Africa, Botswana and Hong Kong with the global body advising nations against panic reaction and unscientific travel restrictions.

The Aviation Ministry, in a letter to the Director General of Civil Aviation (DGCA), asked the regulator to take “further necessary action” for the resumption of scheduled international flights.

Though the scheduled flights were suspended after Covid-19 outbreak around 20 months ago, special flights were started in July last year under air bubble arrangements with 28 countries.

“The resumption of commercial international passenger services will imply reversion to bilaterally agreed capacity entitlements and termination of air bubble arrangements,” the DGCA said in a circular after receiving the letter from the Aviation Ministry. It later issued a formal notification about the resumption of the flights.

The DGCA said in case of a country that had been identified to be “at-risk” and had an air bubble agreement with India, “75 per cent of pre-Covid scheduled international flight operations of Indian or foreign carrier, whichever is higher, or a minimum of seven frequencies per week subject to availability of entitlements under bilateral agreements, will be permitted”.

For a country identified to be “at-risk” and not having an air-bubble agreement with India, only “50 per cent of bilateral capacity entitlements or 50 per cent of pre-Covid operations of Indian or foreign carrier, whichever is higher”, will be permitted.

Under an air bubble agreement, airlines of both countries can operate special flights between their territories with certain restrictions.

WHO chief scientist Soumya Swaminathan said the WHO technical advisory group on Sars-Cov2 virus evolution held a meeting to review what was known and to plan further studies on the new variant known to carry several mutations. “We need to focus on strengthening vaccination coverage and public health measures. Let’s be cautious, listen to scientists and not panic,” Swaminathan said.

The WHO committee reviewed evidence and designate the variant Omicron (Greek name) as one of “concern”. India yesterday asked states to conduct rigorous screening of fliers from South Africa, Botswana and Hong Kong, which have reported the new variant.