Four Army doctors, including two women, had moved the Tribunal over the issue 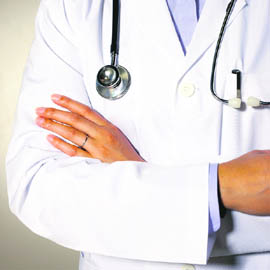 In a relief to armed forces medical officers aspiring to purse post-graduation, the Armed Forces Tribunal has allowed them to participate in the counselling under the National Eligibility and Entrance Test (NEET), which was not being permitted by the Directorate General Armed Forces Medical Services (DGAFMS).

Some officers were not permitted to appear for the counseling because their online applications were initiated or received after the date specified by the DGAFMS apparently because they were posted in remote areas or other establishments which were not connected with the Army’s network. Further, the dates for NEET counselling had been extended due to the COVID pandemic.

Armed forces doctors who hold MBBS degrees are also required to qualify in the NEET, held by National Board of Examination (NBE) for pursuing post-graduation in military hospitals. For this they are required to register on the NBE portal.

On September 16, 2020, NBE announced that NEET was to be held January 10, 2021. Following this DGAFMS issued a letter on October 23, 2020, for selection of armed forces doctors for post-graduation, with directions that their application should reach it by November 30, 2020. On October 31, 2020, the NBE indefinitely postponed the NEET. The NBE also extended the date for online registration.

“The Ministry of Health and Family Welfare, Indian Medical Commission and the National Board of Examination were reasonable and sensitive enough to repeatedly postpone not only the date of NEET exam but also the date for online registration due to the unprecedented situation, but DGAFMS struck to its original date unseasonably,” Col Indra Singh Sen (retd), counsel for some of the petitioners, said. “More so, another officer whose case for rejected on account of delay was later permitted,” he added.

“The cut-off date of November 30, 2020, was relevant only when the NEET exam was to be held in January 2021. After it got postponed to September 2021, it was absolutely unreasonable and arbitrary to stick to the original cut-off date. Moreover, DGAFMS released its selection list only in April 2021,” Col Sen said.

“We find the attitude of the respondents in dealing with the matter is not acceptable and is contrary to the law governing the principles of natural justice at this period of pandemic,” the Tribunal’s Bench comprising Justice Rajendra Menon and Lt Gen PM Hariz had observed in its interim order on December 1 while permitting the petitioners to participate in the counseling subject to the Tribunal’s final decision.

When the case came up for hearing today, the Tribunal was informed that based on the aforementioned orders and observations, the competent authority had re-considered the entire issue and for the present, as a matter of principle, has decided that not only the applicants before the Tribunal, but also other similarly situated employees would be permitted to participate in the counseling.

Four Army doctors, including two women, had moved the Tribunal over the issue. According to informed sources, about 20 similarly placed officers could be are affected by the Tribunal’s orders. Extension in registration date had been permitted for civilian candidates by the agencies concerned.