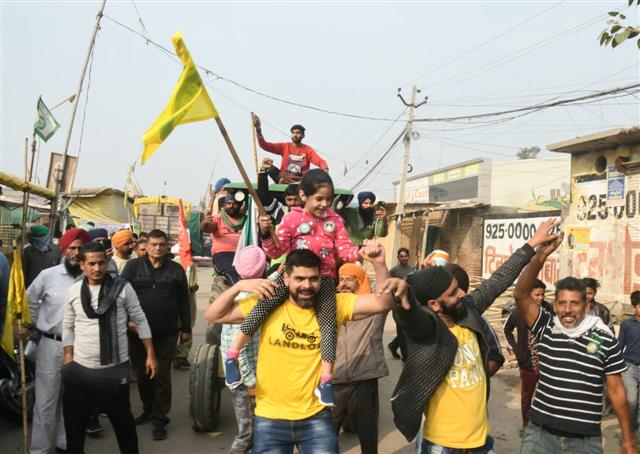 The government's decision to repeal three central farm laws is "very unfortunate" as this "political move" will not end the farmers' agitation and will not help the BJP in the upcoming Assembly polls in Uttar Pradesh and Punjab, a key member of the Supreme Court-appointed panel on the contentious agri-laws said on Friday.

PM has accepted his crime, time for people to punish him, says Congress

Shetkari Sangathan president Anil J Ghanwat said the agitators had planned the protest till the upcoming Assembly elections. The Centre did not succumb when the protest was at its peak and now it had gone down on its knees, he said.

The government should have adopted other policies to address the issue rather than repealing them. In fact, the laws could have survived had the government discussed them properly during the passage in Parliament and even agreed to refer to a parliamentary panel, he told PTI.

Timeline of how farmers’ protest against farm laws unfolded

In a major move, Prime Minister Narendra Modi in his address to the nation on Friday morning announced repealing of the three central farm laws.

It's been over a year now that farmers are protesting at Delhi borders against the three central farm laws.

Expressing unhappiness over the government's decision, Ghanwat said this decision "won't end the agitation too. Because their demand to make minimum support price (MSP) legal will be there. And this decision won't help the BJP politically either."

He said, "This is a very unfortunate decision. Farmers were given some freedom, but now they will be exploited as they have been exploited since Independence or since British rule."

Under the new farm laws, farmers were for the first time given some sort of "independence in marketing", but now they have to face restrictions like export ban and stock limits that were used to exploit the farmers to keep the farm produce rate low, he said.

Ghanwat said the government should have used some other policies to manage the agitation. "But now it has succumbed to the pressure of the agitators. We don't hope anything good will happen now."

Stating that it was a political decision, the panel member said, "They (the Centre) did not succumb when the agitation was at its peak. But now they have gone down on their knees because they want to win elections in Uttar Pradesh and Punjab. To get their party elected once again in UP, they have decided to step back. This is not good."

Actually, agitators had designed the agitation to prolong till the upcoming Assembly elections, he said. PTI