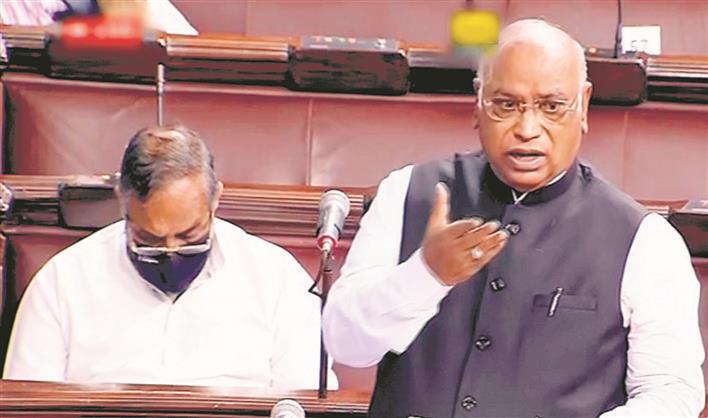 The Lok Sabha and Rajya Sabha saw repeated disruptions by the Opposition over rising fuel prices on Monday.

While mentioning that he had received notices for adjournment to discuss the issue, Lok Sabha Speaker Om Birla said the matter was important but it could be raised during the discussions on the Finance Bill. However, Opposition members, including those of the Congress, started raising slogans even as the Speaker repeatedly mentioned that the House should discuss women empowerment to mark International Women’s Day.

We urge the RS Chairman to consider the adjournment of the session because of the polls in five states.

Congress leader Adhir Ranjan Chowdhury urged the government to pass a resolution on the Women’s Reservation Bill and raised the issue of petrol prices. Parliamentary Affairs Minister Pralhad Joshi asked the Opposition to allow the House to run. Taking on both the Congress and the Centre, SAD leader Harsimrat Badal said it was Women’s Day but rising gas, petrol and diesel prices were creating problems for them. There should also be a discussion on how to bring down the prices, she said. From tomorrow the House will start functioning from 11 am.

Similar scenes were witnessed in the Rajya Sabha. The House saw four adjournments as Congress MPs refused to budge from their demand for a discussion over the rise in fuel prices.