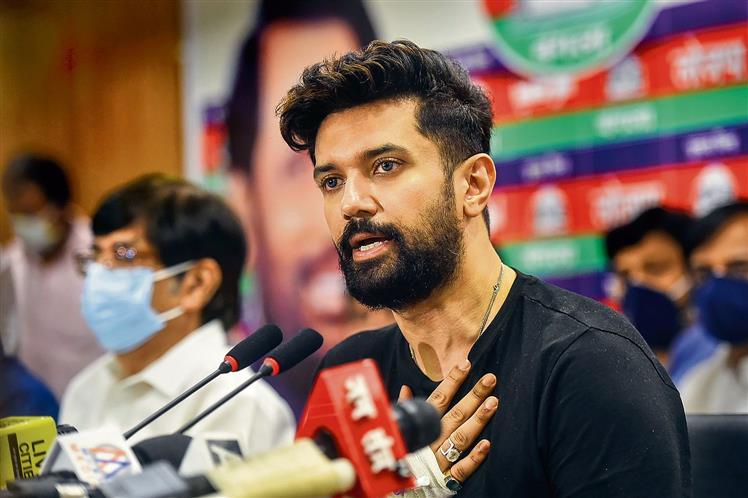 Amid revolt by his party MPs, LJP president Chirag Paswan today indicated that he was “still in control of the outfit” and would continue to fight for the causes his father Ram Vilas Paswan championed.

He wrote to Lok Sabha Speaker Om Birla to “reconsider” his decision to recognise Pashupati Kumar Paras as the floor leader of the LJP.

Addressing the media here, Chirag blamed the JD(U) for the recent developments in his party. “During the state Assembly poll or maybe even before that, efforts were being made by the JD(U) to break our party,” he said.

Five rebel MPs of the LJP —— Pashupati Kumar Paras, Prince Raj, Chandan Singh, Veena Devi and Mehboob Ali Kaiser — had yesterday removed Chirag as the national president of the party. Meanwhile, Paras has challenged Chirag’s contention that the election of the former as the head of the parliamentary party was invalid since such a decision could be taken “only by the national president or the chairman of the parliamentary board”. On his first visit to Bihar since the dramatic turn of events, Paras also said Chirag had been “divested of” the post of national chief “in keeping with the party constitution”.