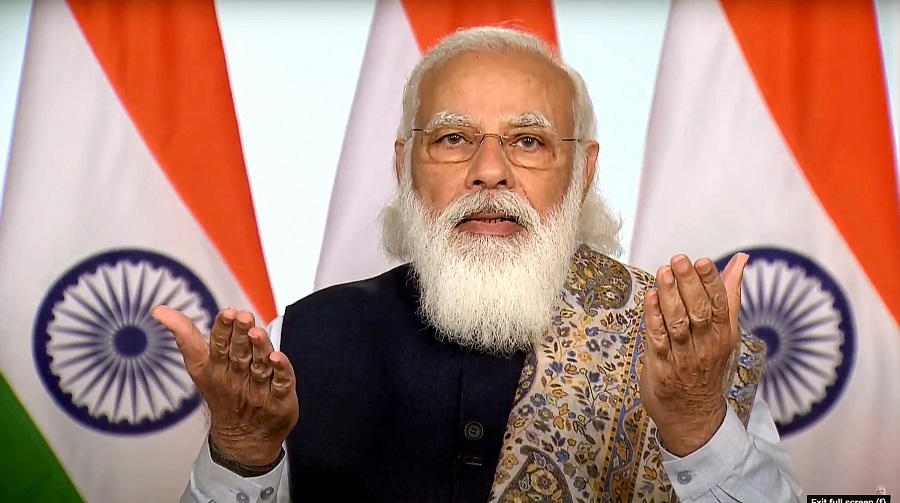 Addressing the World Sustainable Development Summit (WSDS), Modi said two things would define how the progress journey of humanity will unfold in the times to come – “health of our people and health of our planet, both of which are interlinked”.

The remarks at the Summit, which brings together a wide range of experts to discuss ways to mitigate climate change, come amid a continuing tug of war between developed and developing countries on who needs to do more to save the environment by reducing emissions.

Noting that the sad reality is that environmental changes and natural disasters impact the poor the most, Modi said climate justice was inspired by a vision of trusteeship where growth comes with greater compassion for the poorest.

"Climate justice also means giving the developing countries enough space to grow. When each and every one of us understands our individual and collective duties, climate justice will be achieved," he said.

Asserting that India's intent is supported by concrete action, Modi said the country, powered by spirited public efforts, was on track to exceed its commitments and targets set at the Paris Climate Change Conference in 2015.

"We committed to reduce the emissions intensity of GDP by 33-35 per cent from 2005 levels. You'll be happy to know that a drop of 24 per cent of emission intensity has already been achieved," he said.

"We're well on track to setting up 450 GW of renewable energy generating capacity by 2030," said the Prime Minister.

Highlighting the impact of his government's schemes in combating climate change, Modi said the Jal Jeevan Mission had connected over 34 million households with tap connections in just about 18 months and through the PM Ujjwala Yojana, over 18 million households below the poverty line have access to clean cooking fuel.

"The destination we seek is a greener planet. Our culture's deep respect for forest and green cover is translating into outstanding results," he said.

"I'd like to draw attention to two aspects - togetherness and innovation.  Sustainable development will only be achieved by collective efforts," he asserted.

The World Sustainable Development Summit (WSDS) is the annual flagship event of The Energy and Resources Institute (TERI). Instituted in 2001, the Summit series has marked 20 years in its journey of making 'sustainable development' a globally shared goal. PTI