Delhi police spring into action a day after violence in court 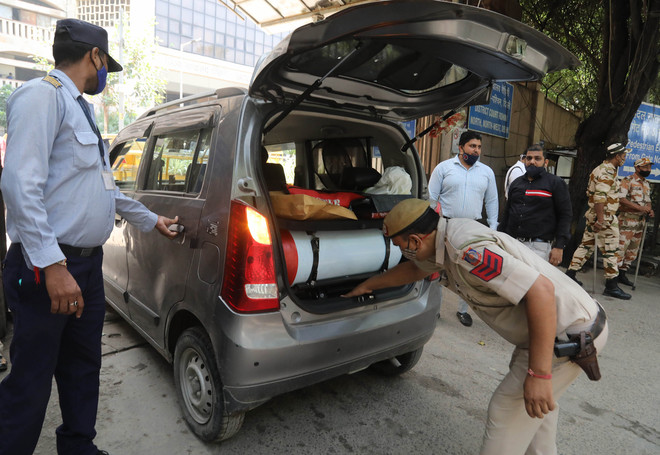 Security has been beefed up both at the district court in Rohini, where three gangsters, including Jitender Gogi, were killed in a shootout yesterday, and in jails of the city, where Gogi and Tillu gang members are lodged. The Delhi Police have said vehicles only with allotted stickers would be allowed to enter the court premises, while lawyers and litigants would be frisked.

A senior police official said, “Adequate personnel have been deployed inside and outside the court. Concerns have been raised about the functioning of metal detectors on the court premises. The matter has been taken up with the court administration.”

“When it comes to checking and frisking, it has been observed that lawyers do not want to be frisked. This is a major problem not limited to the Rohini court alone. This has been observed in other lower courts as well. The police are in touch with the Bar Association of Rohini court and it is cooperating,” said another police official.

Gogi was shot dead by two men, who were dressed as lawyers, inside the crowded courtroom on Friday, with police in retaliatory fire killing the assailants, who are suspected to be from the slain gangster’s rival Tillu gang.

The police said that the metal detectors at the Rohini court were working at the time of the incident. A medical board will be constituted for the postmortem of the three criminals killed in the shootout on Friday, a senior police officer said. “The two attackers were dressed as lawyers. Once we get CCTV footage, things will be clear how they managed to sneak into the premises,” he said.