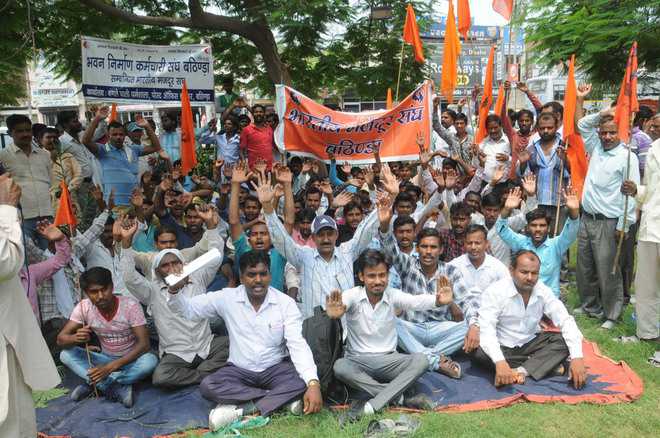 The RSS-affiliate Bharatiya Mazdoor Sangh (BMS) has shed off its gloves against the BJP-led Union government giving a call for nationwide week long campaign, starting July 24, to shake it up to the realisation of workers’ problems.

The Union government, which is already entangled in various issues, is bound to be chary at the development thrown up by an outfit of the same ideological fountain head—the RSS.

The BMS decided to hit the road at a virtual meeting of its national office bearers which was presided over by its president CK Saji Narayana yesterday.

“The workers will take part in the campaign at the national, state, industry and local level. Sector-wise demonstrations will be held at state capitals, district headquarters, tehsil/block centres and also in all big industrial estates,” said a senior BMS functionary on Wednesday.

The office-bearers during the meeting, made a note of the recent successful three-day strike by workers in the coal sector.

The leaders expressed concerns, broadly on five issues including problems of workers in the unorganised sector particularly migrant workers, and non-payment of wages and large scale job losses.

Suspension of labour laws and increasing working hours in 12 BJP and non-BJP ruled states during the COVID-19 pandemic have not gone down well with BMS. It was decided to face-off with these governments during the proposed campaign.

The meeting also criticised the government’s action of “unbridled” privatisation by selling PSUs and also through corporatisation of defence and railway production units.