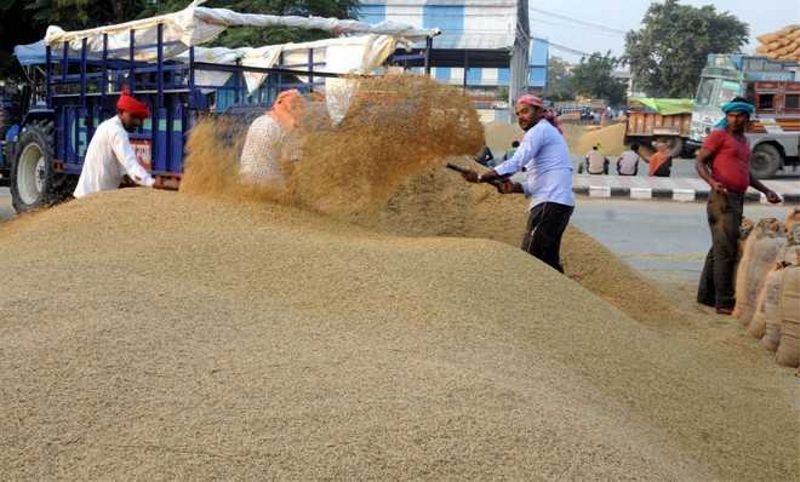 Rashtriya Swayamsevak Sangh-affiliate Bhartiya Kisan Sangh (BKS) will be holding a nationwide agitation tomorrow in support of their demand for a stringent law on minimum support price for all crops to ensure profitable remuneration to farmers. - File photo

Rashtriya Swayamsevak Sangh-affiliate Bhartiya Kisan Sangh (BKS) will be holding a nationwide agitation tomorrow in support of their demand for a stringent law on minimum support price for all crops to ensure profitable remuneration to farmers.

BKS general secretary Badri Narayan Chaudhary said they had served a 10-day ultimatum on the Union Government, failing which they would announce their next course. The steps may include “pushing a private member’s Bill in Parliament”, he said.

He said their demands were focused on a getting profitable support price for farmers.

Buzz on msp law ahead of state polls

Speculations have started that the government may be “considering” bringing a law on MSP to blunt the farm agitation ahead of Assembly elections, drawing a comparison with the decision against joining the Regional Comprehensive Economic Partnership after Sangh’s objections to it.

New Delhi: Speaking at the Chief Ministers’ conference, Agriculture Minister Narendra Singh Tomar on Tuesday urged the states to take advantage of the Agriculture Infrastructure Fund so that benefits could reach the small and marginal farmers. Speaking about digital agriculture mission, he said. TNS