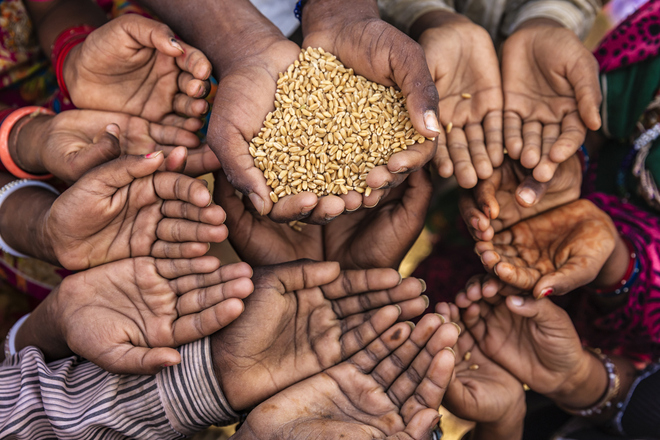 Actively engaged with the disadvantaged elderly across 20 states, HelpAge India today said rural poor were staring at starvation unless the government urgently released a generous cache of ration for them and ensured foodgrains reached the remotest areas.

Speaking to The Tribune today, HelpAge India head Mathew Cherian said, “Pockets of hunger have already built up across several districts. With the extension of the lockdown, rural poor face real prospects of starvation. The elderly across many areas are already starving. The most hit by hunger are the disadvantaged older persons. Agricultural labourers are also at risk because Covid struck at the end of the agricultural season with the crop still in the field and foodgrain stocks with farm labourers having exhausted.”

Cherian, a regular participant in web meetings the government has been holding with NGO partners, said food was not reaching many districts. “Our field volunteers have evidence that access to food is a major challenge in Madhya Pradesh, Chhattisgarh, Jharkhand and Bihar. We have even documented pockets of hunger in Delhi and shared details with the Delhi Government. Lockdown extension is bound to worsen the hunger situation, which could lead to starvation,” Cherian said.

He said the biggest hurdle to food security was restrictive distribution of rations under government’s lockdown package.

“Free ration and foodgrain are being given only to those with white ration cards who fall below the poverty line. The rest, who may not be BPL but are equally vulnerable to food insecurity on account of lockdown constraints, are neither getting free foodgrain nor government pension,” said Cherian.

In surveys across rural India, HelpAge has also found that the government’s principal anti-Covid messaging of “social distancing” is isolating the already vulnerable elderly, who are facing maximum stigma being at a disproportionate risk of Covid death. Government analysis has shown that more than half of all 1,200 plus Covid deaths in India are among 60 plus people.

“In villages the term social distancing is being understood as ‘samaajik doori’, which means no one is helping the elderly who continue to lie around without pension and food,” said Cherian.

Several NGOs have urged the government to replace the term social distancing with physical distancing.

HelpAge head Cherian today said the only way to avoid a potential starvation situation in rural India was to distribute rations to all Aadhaar cardholders universally.