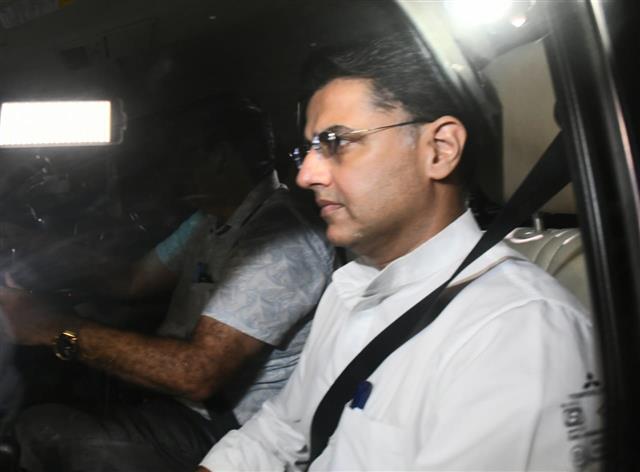 Former Rajasthan deputy chief minister Sachin Pilot on Thursday night met Congress president Sonia Gandhi and said he discussed the events in the state in detail and expressed his sentiments on the situation.

Pilot spent around an hour at Gandhi’s residence and also conveyed his feedback to her.

“I met Congress president Sonia Gandhi and we discussed the events in Rajasthan in detail,” Pilot said after meeting the Congress chief.

Pilot met hours after his bete noire Ashok Gehlot met Sonia Gandhi in the afternoon, after which the Rajasthan chief minister announced that he will opt out of the Congress president’s race.

“I have conveyed my sentiments, given my feedback to Sonia Gandhi. Our priority is to win 2023 assembly polls in Rajasthan for which we will have to work together,” Pilot said after the meeting.

“Whatever positive decisions have to be taken with respect to Rajasthan, Congress president will take,” Pilot said when asked on the action to be taken by the party after the events in Rajasthan.