Sacrosanct duty of husband to maintain wife, children even by physical labour: SC : The Tribune India

Sacrosanct duty of husband to maintain wife, children even by physical labour: SC

Citing an apex court judgment, the bench said it has been held that the object of maintenance proceedings is not to punish a person for his past neglect, but to prevent vagrancy and destitution of a deserted wife 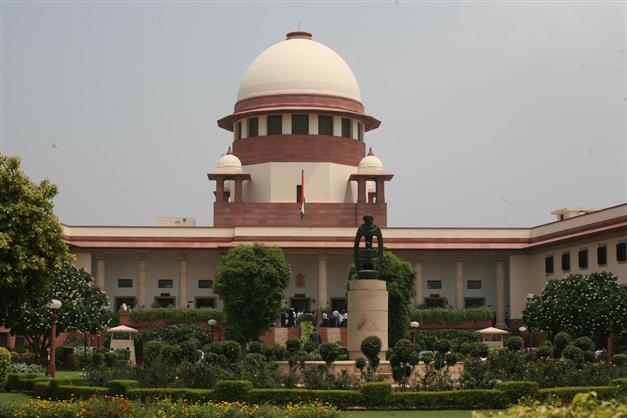 The Supreme Court on Wednesday said it is the sacrosanct duty of the husband to provide financial support to the wife and minor children, even by physical labour, if he is able-bodied.

A bench of Justices Dinesh Maheshwari and Bela M. Trivedi said: “It is the sacrosanct duty of the husband to provide financial support to the wife and to the minor children. The husband is required to earn money even by physical labour, if he is an able-bodied, and could not avoid his obligation, except on the legally permissible grounds mentioned in the statute.” “At the outset, it may be noted that Section 125 of the CrPC was conceived to ameliorate the agony, anguish, and financial suffering of a woman who is required to leave the matrimonial home, so that some suitable arrangements could be made to enable her to sustain herself and the child,” it said.

Citing an apex court judgment, the bench said it has been held that the object of maintenance proceedings is not to punish a person for his past neglect, but to prevent vagrancy and destitution of a deserted wife, by providing her food, clothing, and shelter by a speedy remedy.

“As settled by this court, Section 125 CrPC is a measure of social justice and is specially enacted to protect women and children. It also falls within the constitutional sweep of Article 15(3), reinforced by Article 39 of the Constitution,” it said.

Allowing the plea by a woman against a Faridabad family court order, which was upheld by the Punjab and Haryana High Court, the top court said the family court, in the instant case, had not only overlooked and disregarded the aforesaid settled legal position, but had proceeded with the proceedings in an absolutely perverted manner.

“Such an erroneous and perverse order of Family Court was unfortunately confirmed by the High Court by passing a very perfunctory impugned order,” it added.

It declined to entertain the husband’s contention that he had a small business, which was closed, therefore he had no source of income. “The respondent being able-bodied, he is obliged to earn by legitimate means and maintain his wife and the minor child,” said the bench. It also directed the man to pay Rs 10,000 to the wife over and above Rs 6,000 to the son.

The husband had also questioned the chastity of his wife and alleged that the boy was not his biological son. However, his application for a DNA test was rejected by the family court. The family court also disallowed the woman’s plea for maintenance and the daughter, but directed the man to pay Rs 6,000 monthly to the son.