SC grants protection from arrest to Tharoor, Sardesai in connection with RD violence 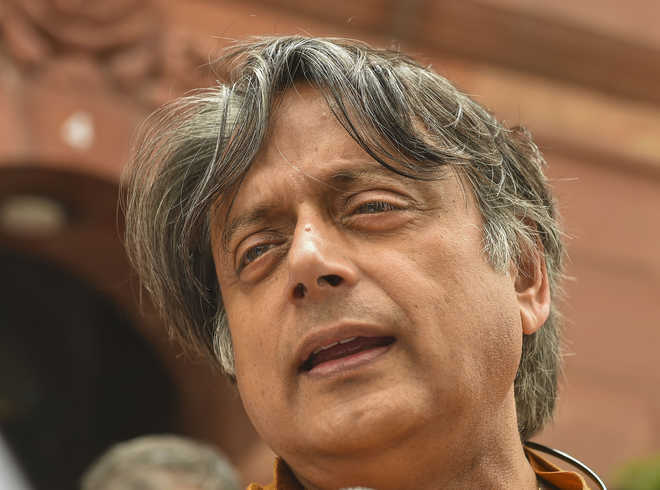 The Supreme Court on Tuesday granted protection from arrest to Congress MP Shashi Tharoor and senior journalists Rajdeep Sardesai, Mrinal Pande, Zafar Agha, Paresh Nath and Anant Nath in connection with multiple FIRs lodged against them over their allegedly “misleading” tweets on the violence in Delhi during farmers’ tractor rally on the Republic Day.

A Bench headed by Chief Justice of India SA Bobde posted the petitions challenging the FIRs against them for further hearing after two weeks.

The petitioners shall not be arrested till the next date of hearing, said the Bench.

On behalf of the petitioners, senior advocates Kapil Sibal and Mukul Rohatgi said no prejudice will be caused if the accused were protected from arrest.

The order came on petitions filed by the accused challenging multiple FIRs lodged against them over their “misleading” tweets on the violence in the national capital during farmers’ tractor rally against the three farm laws on January 26.

Noida Police had booked Tharoor and six journalists for sedition, hate speech and other charges over the violence during the farmers” tractor rally in Delhi. Madhya Pradesh police too filed a case against them for their “misleading” tweets on the Republic Day violence. On January 30, Delhi Police had filed a case against Tharoor, Sardesai, The Caravan and others. Another FIR is reported to have been filed against them at Gurugram as well.

Thousands of farmers protesting against farm laws forcibly entered Delhi and reached Red Fort and certain other areas, fought with the police, damaged a large number of vehicles and hoisted a religious flag from the ramparts of the Red Fort. One protester had died after his speeding tractor overturned.

The FIRs were lodged over tweets and reports on the Republic Day violence during the farmers’ tractor rally in Delhi.

Invoking their right to freedom of speech and expression guaranteed under Article 19(1)(a) of the Constitution, the petitioners questioned the FIRs as being frivolous.

FIRs have also been registered against ‘The Caravan’ Executive Director Vinod K Jose and The Wire Editor Siddharth Varadarajan for alleged misreporting on the farmers’ protests.

Sardesai is reported to have been taken off air for two weeks by India Today for tweeting that a farmer had been “killed allegedly in police firing” during the protest. Later, he had deleted his tweet after it was known that the farmer died after his speeding tractor overturned.