The apex court had on August 19 last year upheld the transfer of the FIR, lodged at Patna against Chakraborty, to the CBI 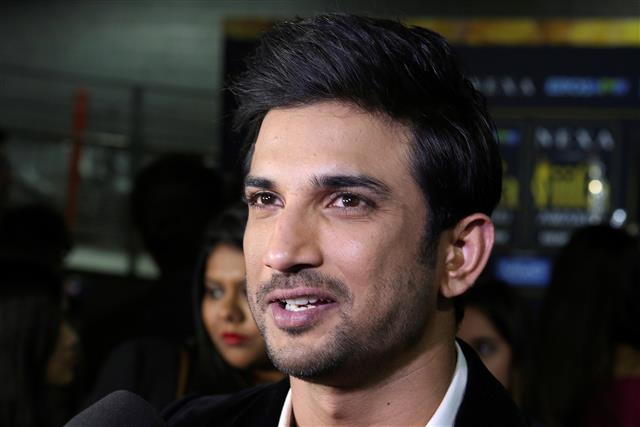 The Supreme Court Friday refused to entertain the appeal of Sushant Singh Rajput's sister challenging the Bombay High Court order which refused to quash an FIR lodged against her on the complaint of actress Rhea Chakraborty, the late actor's girlfriend.

A bench of Chief Justice of India S A Bobde and Justices A S Bopanna and V Ramasubramanian dismissed the appeal filed by Priyanka Singh, saying it was not inclined to hear the matter.

Singh challenged the Bombay High Court's February 15 verdict, by which her FIR quashing petition was dismissed, saying the court overreached its power by examining allegations that were placed before the police through media reports.

Chakraborty, in her complaint before the police on the basis of which the FIR was lodged on September 7 last year, had alleged that Rajput's sisters had conspired with Tarun Kumar, a doctor, to obtain a false prescription for administering banned medicines to the late actor.

Singh, in her petition, said: “While, the investigating agency, that is, CBI, respondent no.3 herein, had also specifically held that registration of FIR was manifestly illegal and without any jurisdiction. The affidavit of respondent no.3 before the high court also records that as per observation of this court no second FIR could have been registered after the inquest proceedings by Maharashtra police was closed.

The plea said the entire case of Chakraborty against her was based on media reports which do not have any credibility as to the source or authenticity of such reports.

“The high court failed to observe that delay in present FIR is of 91 days and same has been registered without any preliminary inquiry as mandated by this court in Lalita Kumari...

“This conduct of respondent no. 1 (State of Maharashtra) shows that present FIR was registered hurriedly on same day without any inquiry and smacks of malice and vengeance as respondent is herself accused in case of death of late actor Sushant Singh Rajput filed by father of petitioner in FIR…,” it said.

The plea also said the high court has recorded observations against Tarun Kumar, who is a senior cardiologist working in RML Hospital in Delhi and was not before the Bombay High Court in the proceedings.

“From our understanding, Dr Kumar had the requisite qualification and the authority to prescribe the alleged drugs. It is pertinent to mention that the prescription was provided in accordance with the MCI Regulations and Telemedicine Practice Guidelines and Telepsychiatry Operational Guidelines, where it is permitted to the medical practitioner to prescribe medicine through teleconsultation and also through caregiver,” it said.

The high court has failed to examine any of the issues raised and therefore, is causing prejudice to Singh, it said.

Rajput, 34, who made his silver screen debut in the critically acclaimed ''Kai Po Che'' seven years ago, was found hanging in his apartment in suburban Bandra in Mumbai on June 14, 2020.

The CBI had taken over the probe from Bihar Police into the alleged abetment to suicide case filed by the actor's father K K Singh in Patna against Chakraborty and her family.

The apex court had on August 19 last year upheld the transfer of the FIR, lodged at Patna against Chakraborty, to the CBI. It had said that Bihar government was competent to transfer the case to the CBI for investigation.