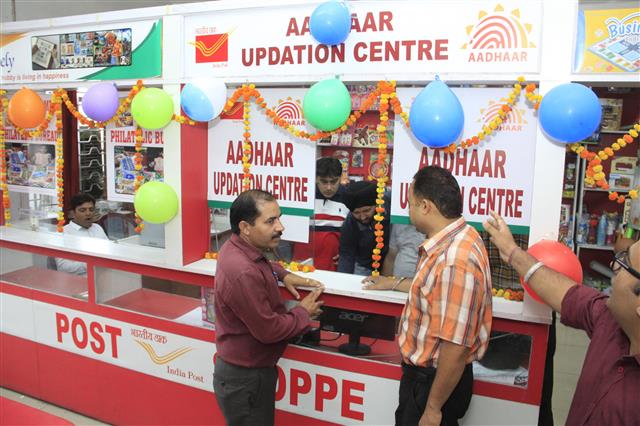 People at an Aadhaar updation centre in Jalandhar. Tribune file

The Supreme Court has dismissed petitions seeking review of its verdict that upheld the validity of the Aadhaar scheme more than two years ago.

"In our opinion, no case for review of judgment and order dated 26.09.2018 is made out," a five-judge Bench headed by Justice AM Khanwilkar said, rejecting a batch of review petitions by 4:1.

"We hasten to add that change in the law or subsequent decision/judgment of a coordinate or larger Bench by itself cannot be regarded as a ground for review. The review petitions are accordingly dismissed," the top court noted in its January 11 order.

The Supreme Court had on September 26, 2018 upheld the validity of Aadhaar scheme but struck down or read down as many as six provisions, including those on linking of bank accounts, mobile phones and school admissions to the unique identification number.

By a 4:1 verdict, a five-judge Constitution Bench led by the then Chief Justice of India Dipak Misra had, however, ruled that Aadhaar would remain mandatory for filing of IT returns and allotment of Permanent Account Number (PAN).

While rejecting allegations of surveillance state created by Aadhaar scheme, the top court had asked the Government to put in place a robust data protection regime as early as possible.

In a relief to the Government, it had upheld the constitutional validity of 12 other provisions including section 59 of the Aadhaar Act which extended validity to the data collected during 2009 to 2016 when the law was not there.

Noting that Aadhaar was aimed at extending benefits of welfare schemes to marginalised sections of society and to serve larger public interest, the SC had upheld the law taking into account the dignity of people -- not only from personal but from the community point of view.

“It is better to be unique than the best. Because, being the best makes you the number one, but being unique makes you the only one,” Justice Sikri (since retired) who had written the majority verdict for himself, the then CJI Misra and Justice AM Khanwilkar had said.

There was nothing in the Aadhaar Act that violated right to privacy of an individual, the majority had ruled.

There were two other verdicts – one each by Justice DY Chandrachud and Justice Ashok Bhushan. While Justice Bhushan had concurred with the other three judges, Justice Chandrachud had dissented and declared the Aadhaar Act unconstitutional.

While upholding the law, the majority declared unconstitutional some of its provisions, including the one relating to national security exception under the Aadhaar (Targeted Delivery of Financial and other Subsidies, Benefits and Services) Act, 2016.

The majority verdict had also struck down Section 57 of Act which permitted private entities like telecom companies or other corporates to avail of Aadhaar data. It also ruled that Aadhaar authentication data (metadata) cannot be stored for more than six months as against five years provided in the Act.

The top court had directed the government to ensure that Aadhaar numbers were not issued to illegal immigrants.

The majority had rejected Congress leader Jairam Ramesh’s petition challenging passage of the Aadhaar Bill as a Money Bill by the Lok Sabha even as Justice Chandrachud had termed it a fraud on the Constitution.

Taking into account the presentation made by UIDAI CEO, it said the data collected by the authority was safe.

There had been minimal demographic and biometric data collected by the Unique Identification Authority of India for Aadhaar enrolment, Justice Sikri said unique identification proof empowered and gave identity to the marginalised sections of society and there was no possibility of obtaining a duplicate as there existed a sufficient defence mechanism, it had said.

The regulation which dealt with storage of metadata of transactions was also set aside and the court had said it needed to be amended.

It had read down section 33(1) of the Aadhaar saying that an individual, whose information is sought to be released, should be afforded an opportunity of hearing.

Section 47, which provided for the cognizance of offence only on a complaint made by UIDAI or its authorised officers, needed "suitable amendment to include the provision for filing of such a complaint by an individual/ victim as well whose right is violated", it had said.

It had termed as "susceptible to misuse" and struck down section 57 which empowered the private entities to seek and use Aadhaar authentication for business purposes.

"This is clearly impermissible as a contractual provision is not backed by a law and, therefore, first requirement of proportionality test is not met," the bench had said.