The verdict came on a PIL filed by nine women lawyers 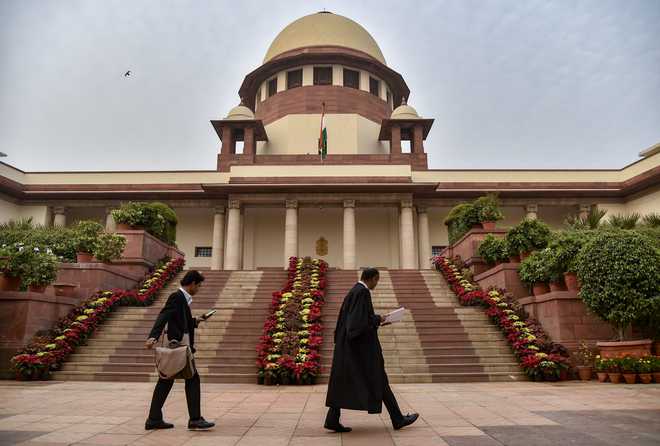 The Supreme Court on Thursday set aside a Madhya Pradesh High Court order that required a molestation accused to get a ‘Rakhi’ tied on his wrist from the victim as a condition for grant of bail.

The verdict came on a PIL filed by nine women lawyers against the Madhya Pradesh High Court order granting bail to a molestation accused on the condition that he would request the victim to tie him a ‘Rakhi’.

The petitioners had urged the top court to restrain courts across India from imposing such bail conditions against the principle of law.

The MP High Court had on July 30 granted bail to a molestation accused and imposed a condition that he along with his wife shall visit the house of the complainant and request her to tie a ‘Rakhi’ to him with the promise to protect her to the best of his ability for all times to come.

Alleging that such an order amounted to trivialisation of sexual offences by courts, the petitioners had said the bail condition further victimized the complainant and trivialised the trauma that she suffered.

During the hearing of the PIL, Attorney General KK Venugopal had told the Supreme Court that more women judges were needed at every level of the judiciary in India to ensure gender sensitive handling of cases of sexual violence.

“Improving the representation of women in the judiciary could also go a long way towards a more balanced and empathetic approach in cases involving sexual violence,” Venugopal had argued.

Pointing out that the Supreme Court has only two women judges against a sanctioned strength of 34, he had said, “There has never been a female Chief Justice of India.”

The AG had said courts must not encourage a compromise between a complainant and accused persons.

Venugopal had highlighted the need to educate judges on gender sensitisation to ensure that they don’t trivialise sexual violence against women.

“Courts must restrict themselves to conditions under Sections 437 and 438 of the CrPC,” he had said,

“On the face of it, the (MP) high court judge seems to have got carried away as this order was nothing less than a drama that must be condemned,” Venugopal had submitted.