SC wants mining cos to restore vegetation for animals 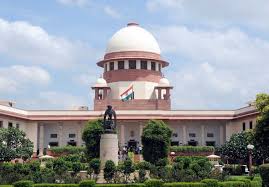 The Supreme Court has asked the Centre to make it mandatory for mining companies to restore grass and other vegetations necessary as fodder for the survival of herbivores.

Noting that that an area which is mined results in complete elimination of grass which in turn denies fodder to herbivores, a Bench headed by Chief Justice of India SA Bobde said the only solution can be re-grassing of such mined areas.

“We see no reason why the area which has been mined should not be restored so that grass and other vegetations including trees can grow in the mining area for the benefit of animals,” said the Bench which had taken cognizance of the deleterious effect of mining on the land in January last year.

The Bench ordered the Centre to file an action taken report in three weeks.

It asked the Centre to devise methods for ensuring compliance of this condition. The order came on a PIL filed by Common Cause in 2014.