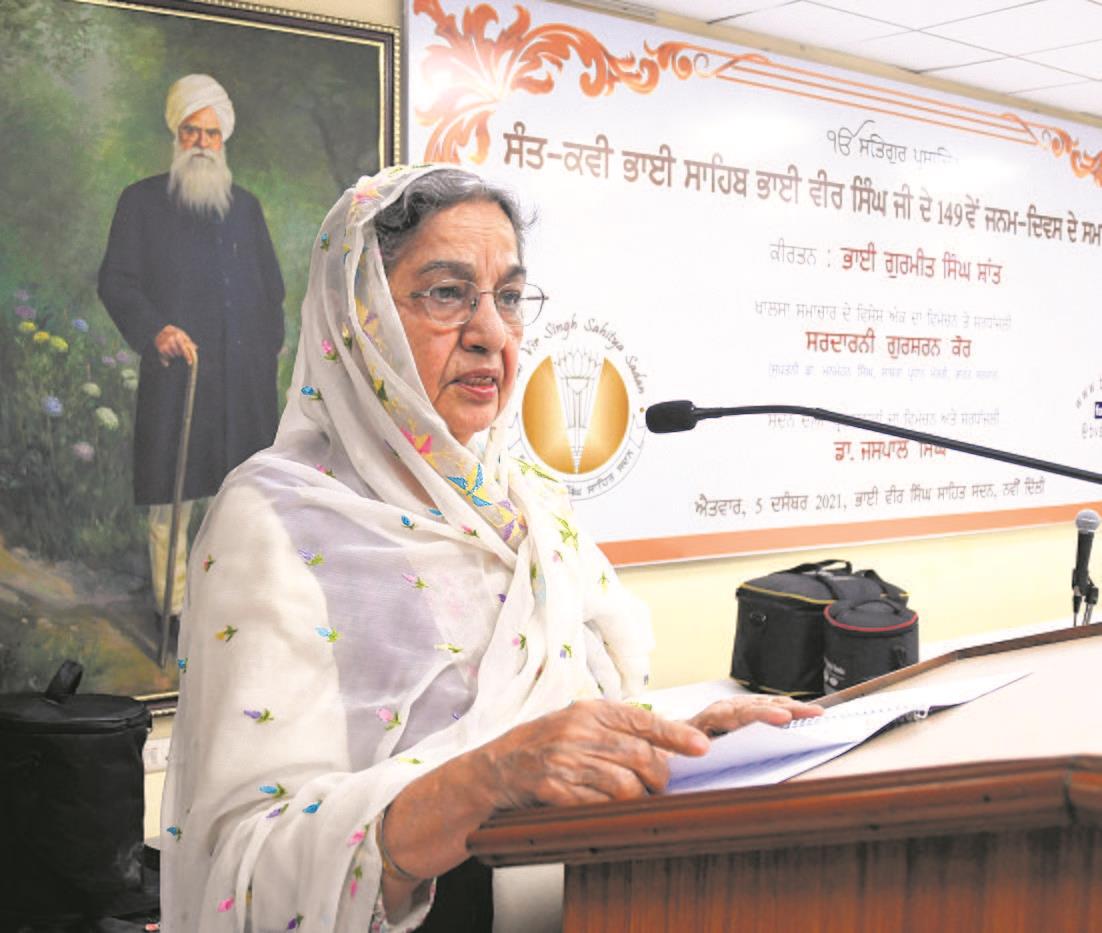 Poets, scholars and admirers of Bhai Vir Singh, the father of modern Punjabi literature, assembled in here on Sunday to mark his 149th birth anniversary and recall his glorious legacy.

Former PM Manmohan Singh is the president of the sadan, a premier literary and cultural organisation established in 1958 to further the legacy of the saint poet.

The function commenced with the recitation of Bhai Vir Singh’s poems and readings from his works followed “kirtan” recital by Hazoori Ragi Bhai Gurmeet Singh Shant.

Prof Singh spoke on the life and times of Bhai Vir Singh, and stressed the litterateur’s message of ecological conservation. Gursharan Kaur released a special issue of “Khalsa Samachar”, a weekly founded by Bhai Vir Singh in 1899. — TNS