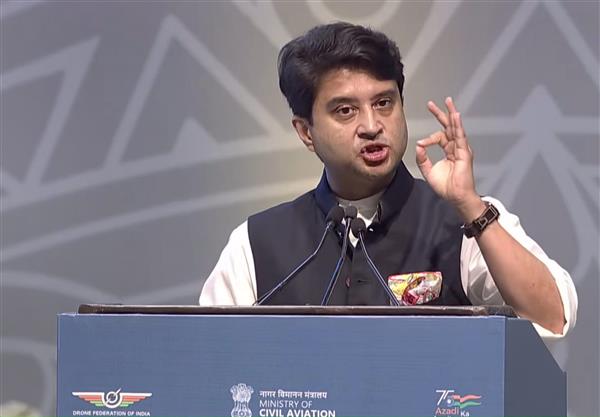 In an indication that the BJP was looking to politically exploit the controversy over the alleged deplaning of a “drunk” Punjab Chief Minister Bhagwant Mann from a Delhi-bound Lufthansa flight at Frankfurt on Saturday, Union Civil Aviation Minister Jyotiraditya Scindia today said he would get the issue looked into.

“This was an incident on international soil. We will have to make sure we verify the facts. It’s up to Lufthansa airline to provide the data. Based on the request that has been sent to me, I will certainly look into it,” Scindia told reporters on the sidelines of an event.

In a statement issued on Monday, Lufthansa, however, had clarified that the delay was not because of any inebriated passenger, but because of a delayed inbound flight and change of aircraft.

Akali Dal chief Sukhbir Singh Badal was the first to allege that Mann was deplaned as he was in an “inebriated state”. However, the “request” in question mentioned by Scindia was a letter sent to him by Congress MLA from Punjab’s Qadian Partap Singh Bajwa, who has sought an inquiry into the matter.

Bajwa urged Scindia that verification of the report was necessary as it involved not only an individual, but the office he (Mann) represented. “Such conduct deserves to be deprecated,” wrote Bajwa.

The Aam Aadmi Party (AAP) has dismissed the Opposition’s charge as “baseless and bogus”. While the BJP is AAP’s principal rival in Delhi, AAP is all set to challenge the BJP in Gujarat in the state polls to be held later this year.