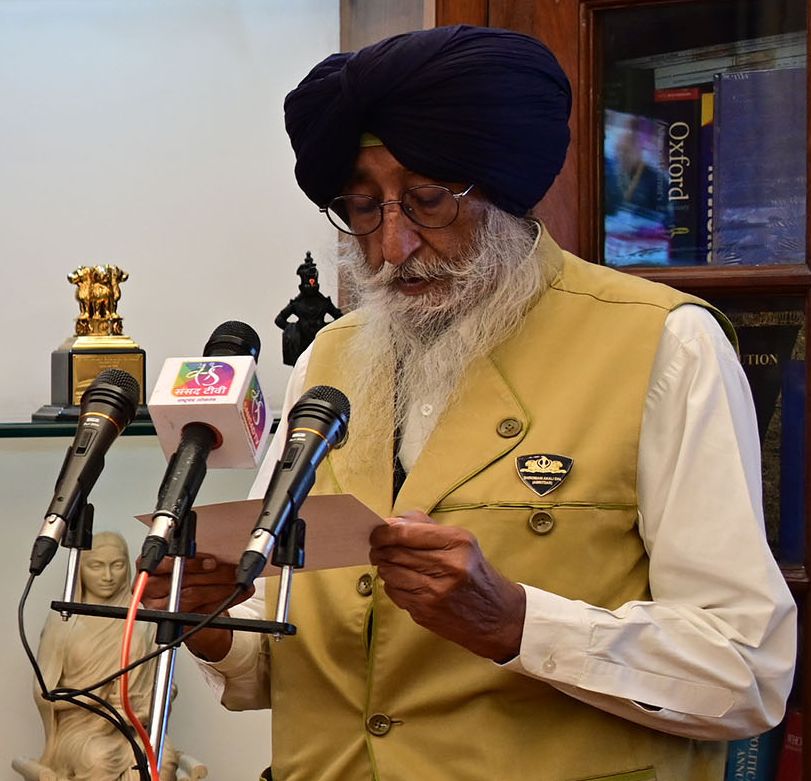 Newly elected Sangrur MP and pro-Khalistan leader Simranjit Singh Mann on Monday appeared eschewing his separatist sentiments as he took oath in the name of God and swore by the Constitution. He vowed to uphold the integrity and sovereignty of the country.

Mann (77) took oath in Punjabi in Speaker Om Birla’s chamber, something objected to by several Congress MPs from Punjab and a few from the BJP. Three other newly elected MPs — BJP’s Dinesh Lal Yadav ‘Nirahua’ and Ghanshyam Singh Lodhi and TMC’s Shatrughan Singh — were administered oath in the Lok Sabha chamber.

Talking to reporters outside Parliament, Mann defended his recent remarks calling freedom fighter Bhagat Singh a “terrorist” and his demand for Khalistan. “There should be a separate country for the Sikhs. Khalistan will act as a buffer state between nuclear-powered India and Pakistan,” the SAD (Amritsar) president said.

Questioned on Bhagat Singh, he said, “Bhagat Singh had killed a young English naval officer. He had killed an Amritdhari Sikh constable. What will you call a person who hurled a bomb inside Parliament?”

Asked why he was talking about a separate Sikh state while pledging to protect the integrity of India, he said, “Why are you trying to corner me over this? What will you say about the happenings in Ladakh? What is China doing there?”

Mann, who recently won the bypoll from Sangrur, a seat earlier represented by Punjab CM Bhagwant Mann, said he had requested the Speaker to include him in the parliamentary standing committee on external affairs and defence. A former IPS officer, he had quit his job in protest against the Operation Blue Star in 1984.