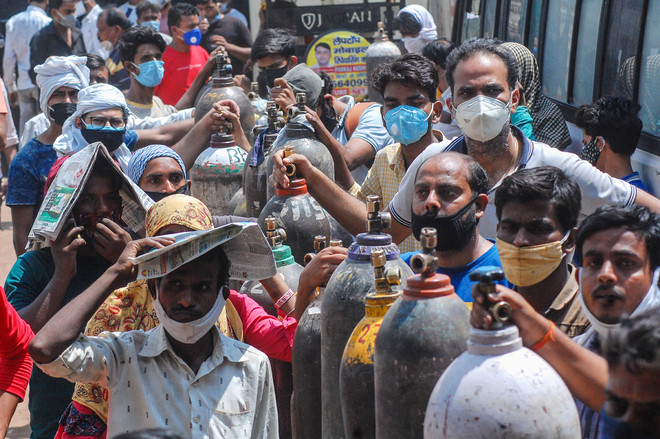 Covid trend predictions says the current second wave could peak maximum within 15 days and even by the end of the current week.

India’s top mathematical expert in charge of Covid trend predictions says the current second wave could peak maximum within 15 days and even by the end of the current week. Prof M Vidyasagar of IIT-Hyderabad, who leads Covid-19 India National Supermodel Committee, today said the cumulative cases could peak by May 7 and at most within 15 days.

“We expect a decline in cases by May 7. Different states will peak at different times because some states are witnessing larger surges. But if you take the cumulative cases, these appear close to the peak now and a decline should start soon,” Prof Vidyasagar explained. The chief of the national modelling panel acknowledged that they completely missed the peak of the second wave.

The committee had projected the second Covid spell to peak at 1.2 lakh cases whereas daily cases today soared to 4.12 lakh. This implies that the experts underestimated the second wave peak by 3.43 times, as acknowledged by PM’s Principal Scientific Adviser K Vijay Raghavan yesterday. The national super modelling committee had on October 18 last year (when daily cases began declining after mid-September peak of 97,000 cases) said India could curb the pandemic by early 2021, if everyone followed the safety protocol.

The committee, however, correctly predicted the cumulative case burden in the first wave at 106 lakh cases. The actual national caseload was 1,10,96,731 on February 28, 2021, after which third wave commenced from Maharashtra and daily cases began to rise. Leading vaccinologist Gagandeep Kang told The Tribune that India may see one or two more peaks but these will not be as bad as the current one. “That is because very little fuel (human hosts) would be left by then for the virus to go through. If we ramp up vaccinations fast, we will be in a very good place,” Kang said.

In view of the vaccine shortages, Kang said the Centre should delay doses for those who have already been infected with Covid-19 because 80 per cent of the infected are known to get protection for seven months.