In a shocking incident of an anti-insurgency operation going wrong, 14 civilians were killed in Nagaland.

While six died on Saturday night as they were fired upon by security forces whom the latter mistook as insurgents, seven others were killed in the ensuing violence as angry locals attacked forces which then fired at the protesters.

A high-level SIT constituted by the state govt will thoroughly probe the incident to ensure justice to bereaved families. Amit Shah, Home Minister

Violence continued till Sunday afternoon as angry mobs vandalised the offices of the Konyak Union and an Assam Rifles camp in the area, setting fire to parts of the camp. At least one more person was killed and another two injured, as security forces fired back at attackers. The toll is feared to rise further as some of the injured were in a critical condition. 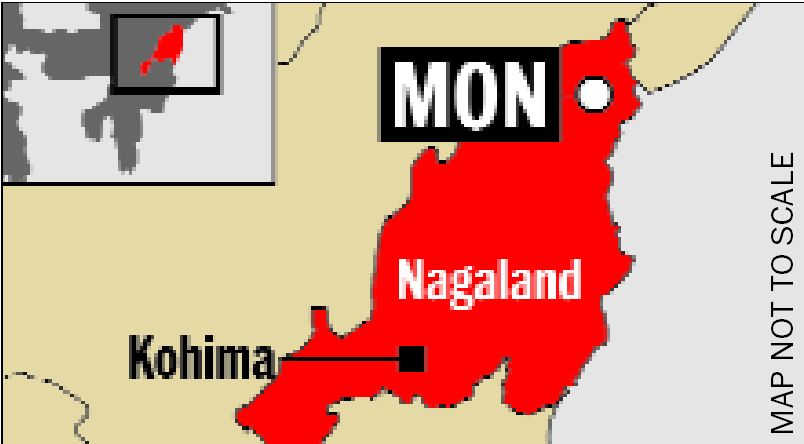 The first firing took place when a group of coal miners were returning home in a mini truck somewhere between Oting and Tiru villages in Mon district. The security forces had information about the movement of militants belonging to Yung Aung faction of proscribed outfit NSCN (K). Following this, locals clashed with

the security forces, which led to the killing of seven more civilians.

Ordering a court of inquiry into the incident, the Army said one of its personnel was killed and several others were seriously injured. It said the incident and its aftermath was “deeply regretted” and the unfortunate loss of lives was being investigated at the highest level. There was credible intelligence of likely movement of insurgents and a specific operation was planned to be conducted in the Tiru area of Mon, the Army said. It was being probed whether the truck was caught in the cross-fire between forces and insurgents or the truck was mistaken to be the vehicle carrying insurgents.

Separately, the state government has constituted a five-member special investigation team (SIT), headed by the IGP, officials said. Chief Minister Neiphiu Rio appealed to all sections of society to maintain peace. He said, “The high-level SIT will investigate and justice will be delivered as per the law of the land.”

The state has banned mobile, internet and data services in Mon district that shares a porous international border with Myanmar, where the Yung Aung faction of the NSCN (K) is based.