Koshyari could have chosen his words better: Home Minister 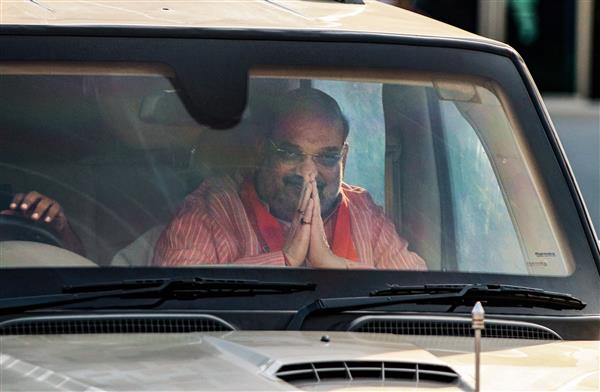 Talking to a TV channel, Raut also said with Shah’s statement, the Shiv Sena has put the issue to rest.

Koshyari recently wrote to Thackeray on reopening places of worship in the state and asked if the Shiv Sena president had “suddenly turned secular,” triggering a war of words between the governor and the chief minister.

Shah on Saturday told a news channel that “Koshyari could have chosen his words better”.

Reacting to it, Raut said Shah is the country’s Home minister and speaks with responsibility and caution.

The Raj Bhavan and the office of governor is a constitutional institution and falls under the jurisdiction of the Ministry of Home Affairs, he said.

“The governor’s letter followed by the chief minister’s reply was an unavoidable controversy and we haven’t started it. But, we are satisfied with the Union Home Minister’s stand and thank him for understanding the reason of our anger,” said Raut.

With Shah’s statement, the Shiv Sena has put the issue to rest, the party’s chief spokesperson said.

Raut dismissed speculation that Shah was being soft on the Shiv Sena, a year it snapped its ties with the BJP.

“There is nothing political. What Shah spoke was in line with the Constitution of India,” he said.

On Shah’s comments that the case of actor Sushant Singh Rajput’s death should have been handed over to the Central Bureau of Investigation (CBI) earlier, Raut asked, “Why should that have been done when the Mumbai Police are capable of probing it?”

“Before the investigation was completed, the case went to the CBI. What has the CBI found? Truth will come out,” the Shiv Sena leader said.

Rajput (34) was found hanging at his apartment in Bandra area of Mumbai on June 14 this year.

Raut also said he agreed with Shah’s observation that drugs and Bollywood should not be seen together.

“It (drugs) is a global menace which should be nipped in the bud,” the Sena MP said. — PTI