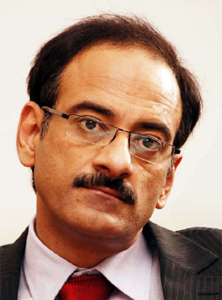 Khullar, a 1988-batch IAS officer, is currently serving in his cadre state Haryana. He is the principal secretary to Haryana Chief Minister Manohar Lal Khattar.

He will have a tenure of three years or till the date of his superannuation, i.e. August 31, 2023, the order said.

In another order, the Personnel Ministry said Sameer Kumar Khare has been appointed Executive Director of the Asian Development Bank (ADB), Manila.

Khare is a 1989-batch IAS officer of Assam-Meghalaya cadre and is currently the additional secretary in the Department of Economic Affairs.

He has been appointed Executive Director of ADB for a tenure of three years, it said. — PTI